ACHROMIA
A new commission by Carwan Gallery to architect and designer India Mahdavi is an exploration of form in the absence of colour.
Whiteness is one of the identifying marks of classicism — or so we have come to believe. Although museums all over the world are filled with sculptures of pearly white marble, archaeology has revealed that the Ancient Greeks and Romans used to lavishly paint their statues and buildings as a norm. Crimson, ultramarine, yellow, turquoise, and other colours in shocking tones were often used in dazzling geometric patterns and in contrasting combinations. The original effect was indeed a world apart from what the Western eye is accustomed to appreciate as the classical ideal. In essence, the achromia celebrated by European neoclassicism, and which later influenced the dichotomy between Western whiteness and Eastern polychromy, is rooted in a historical oversight. 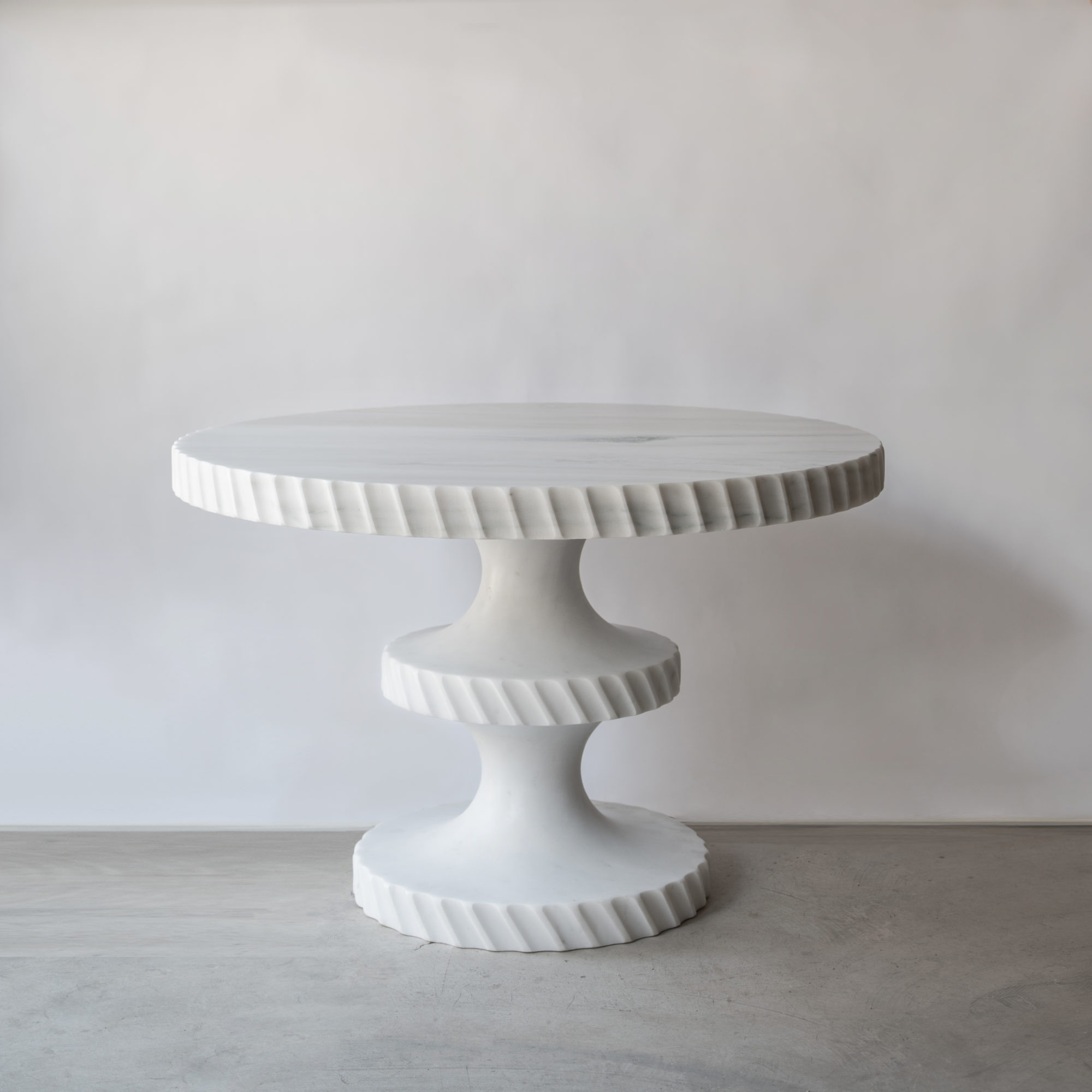 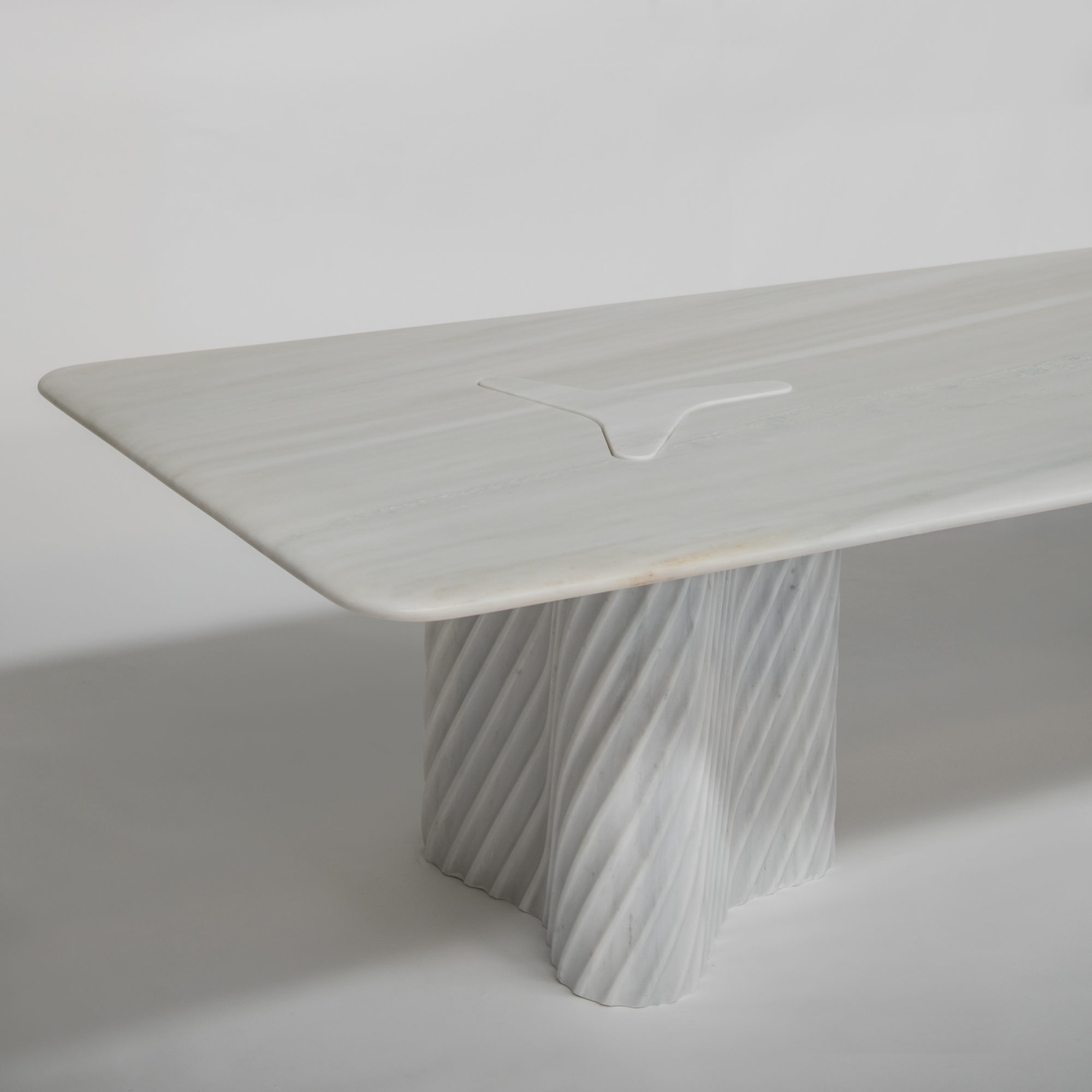 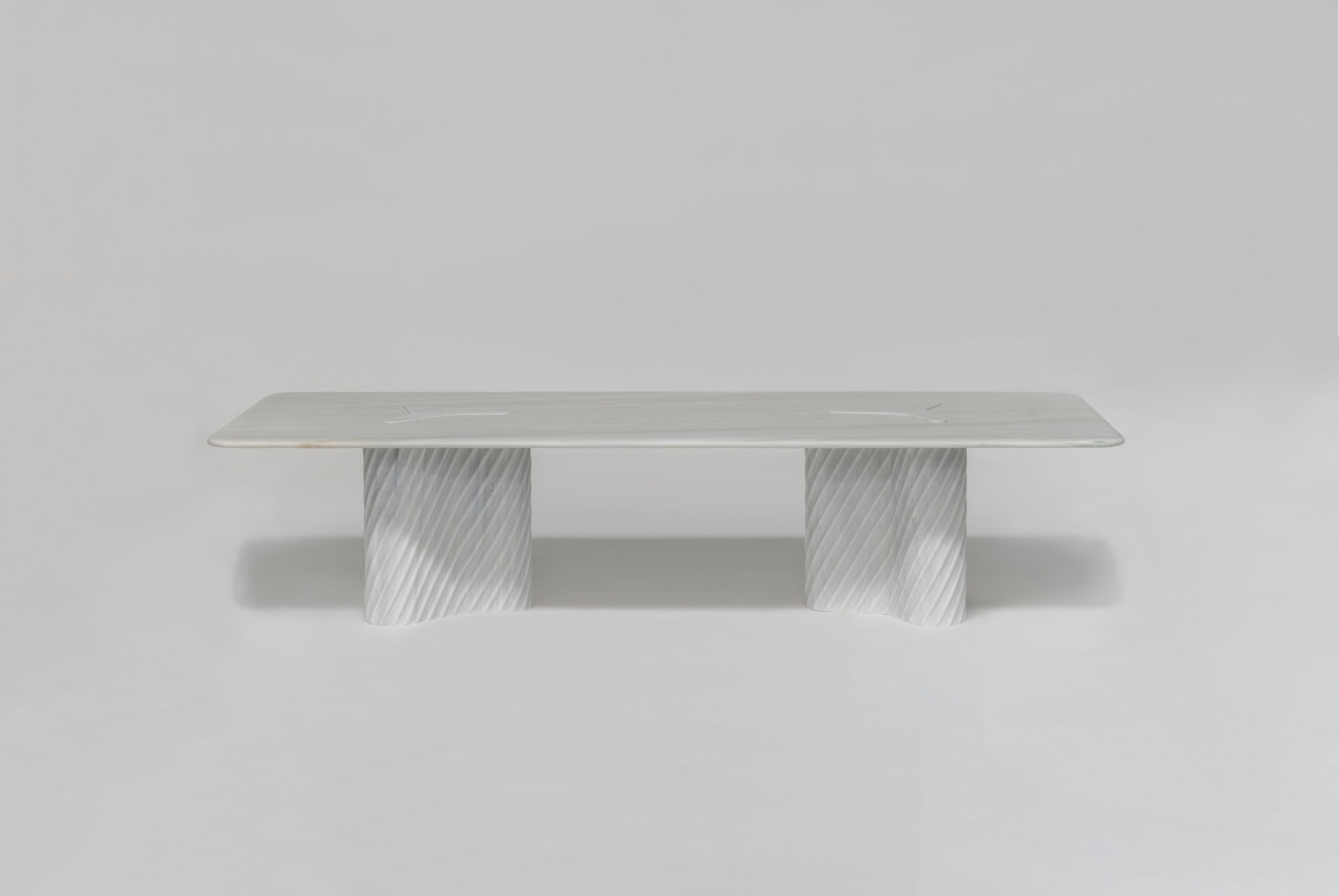 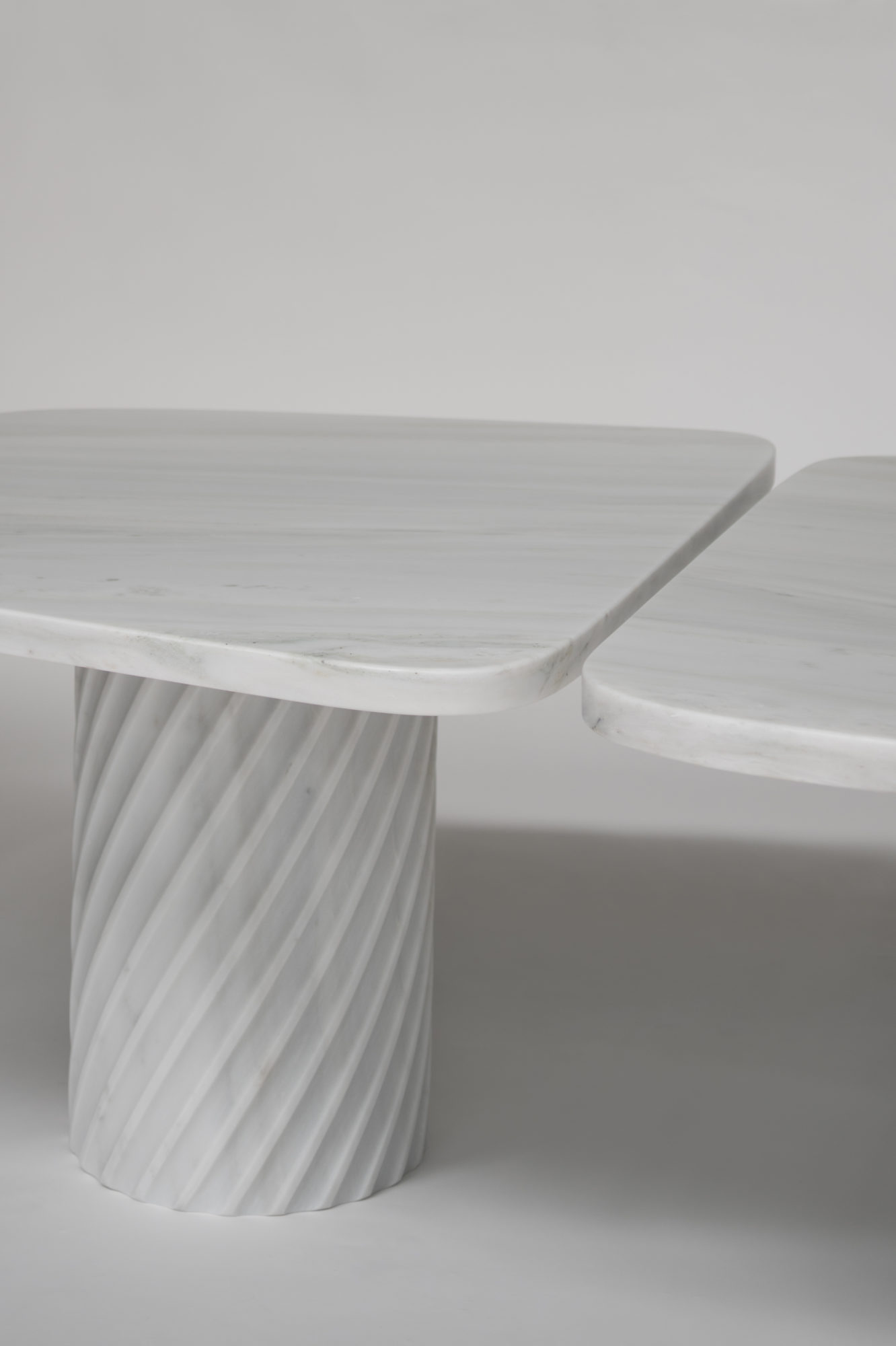 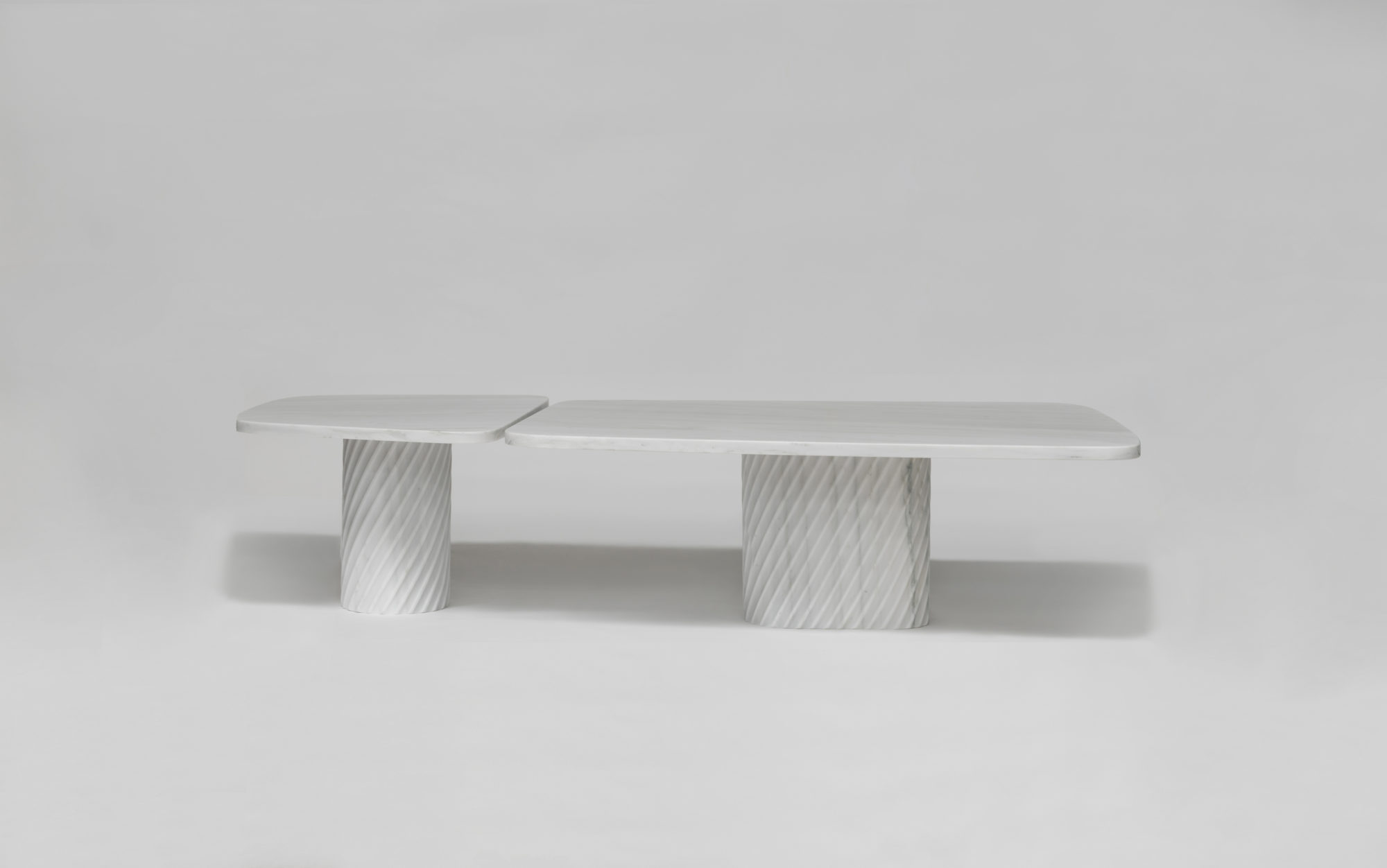 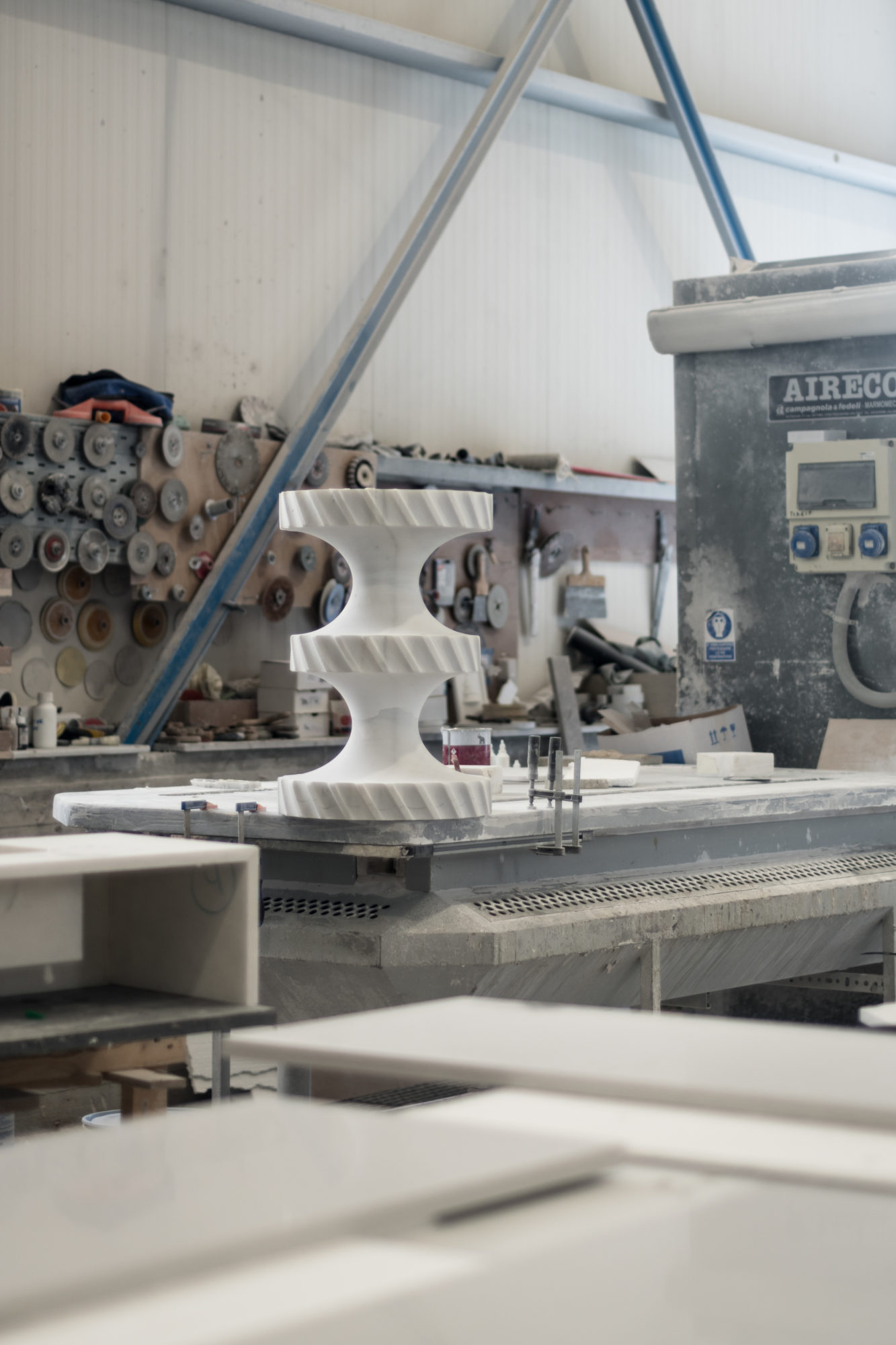 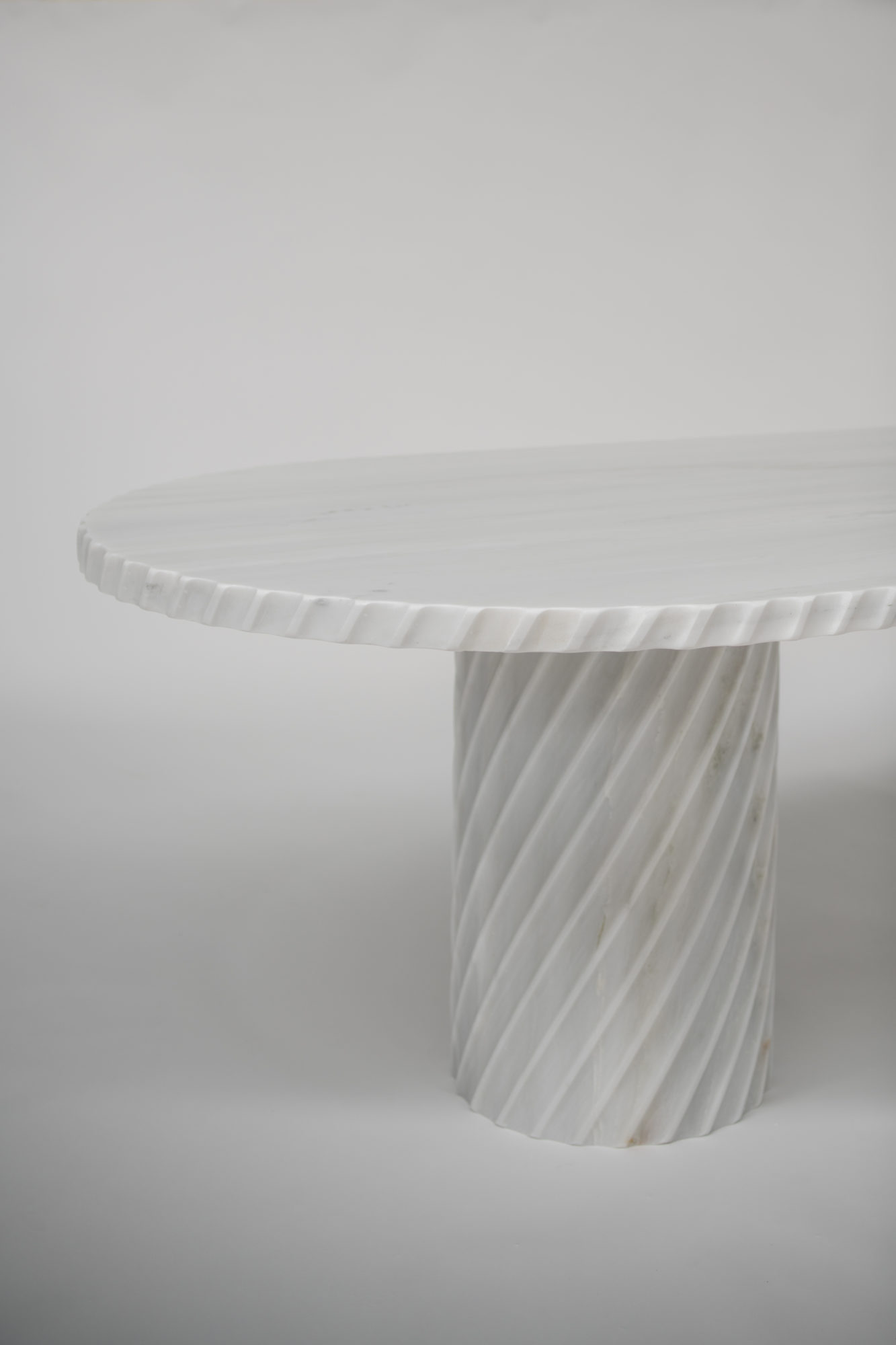 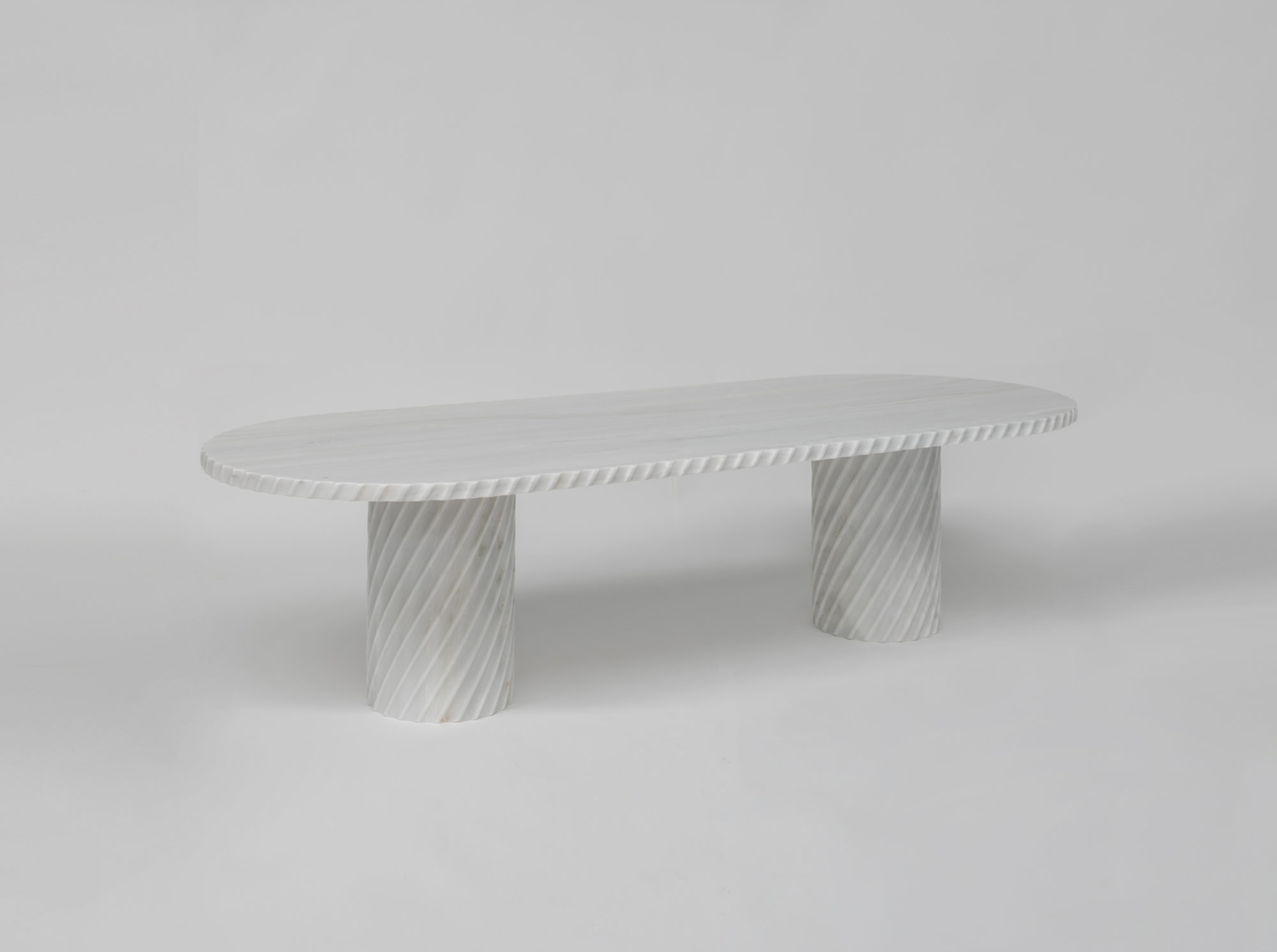 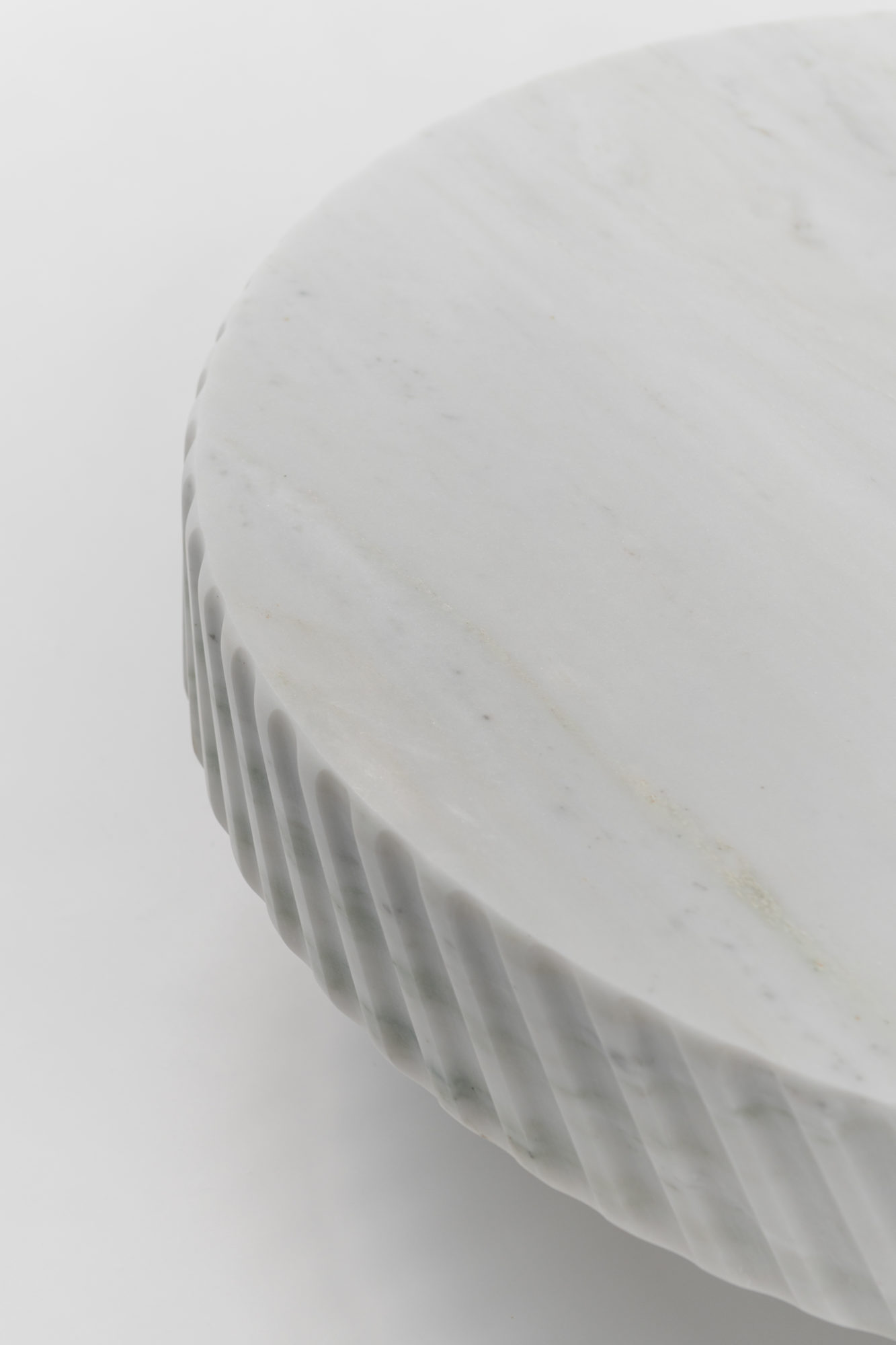 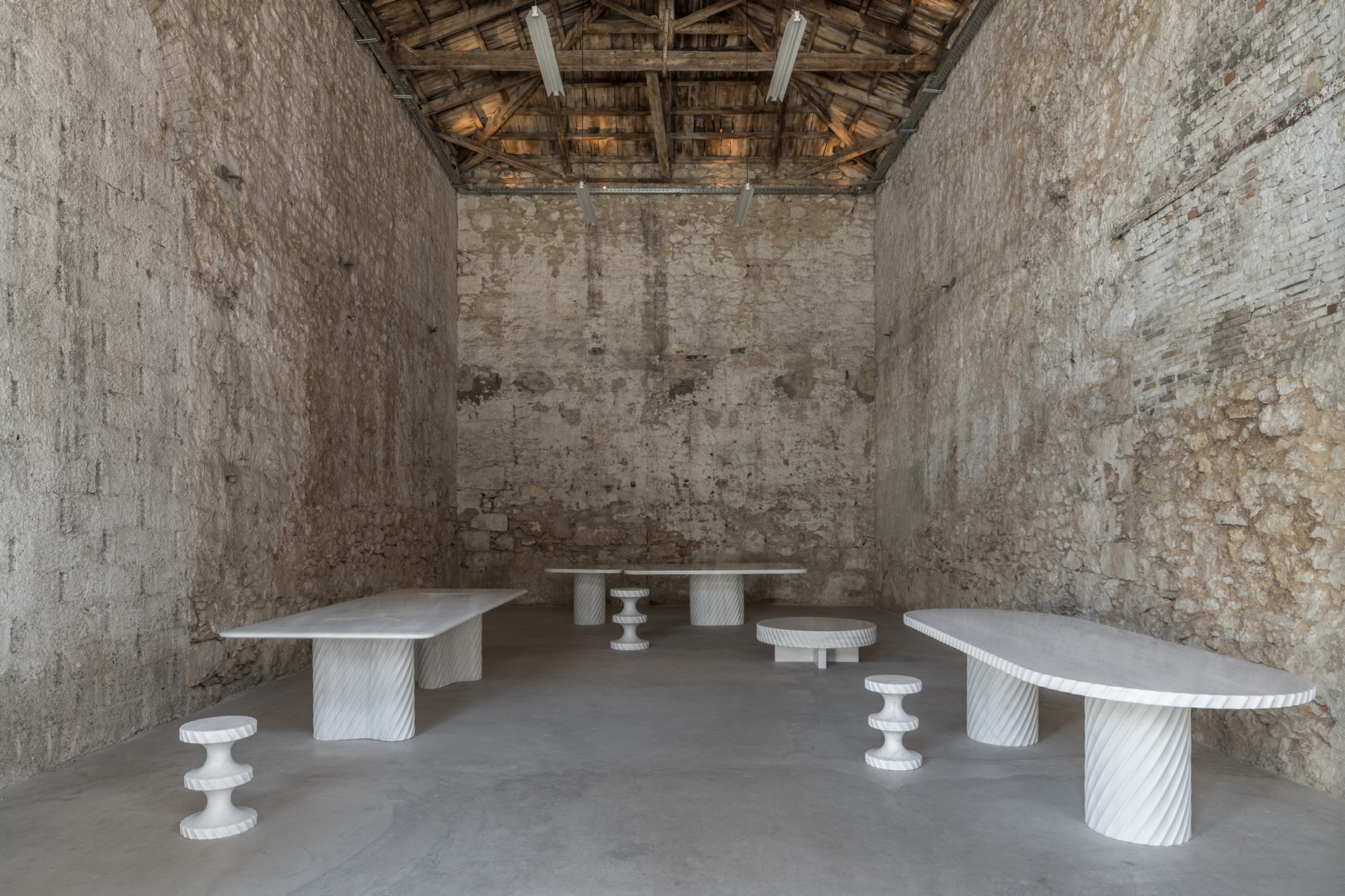 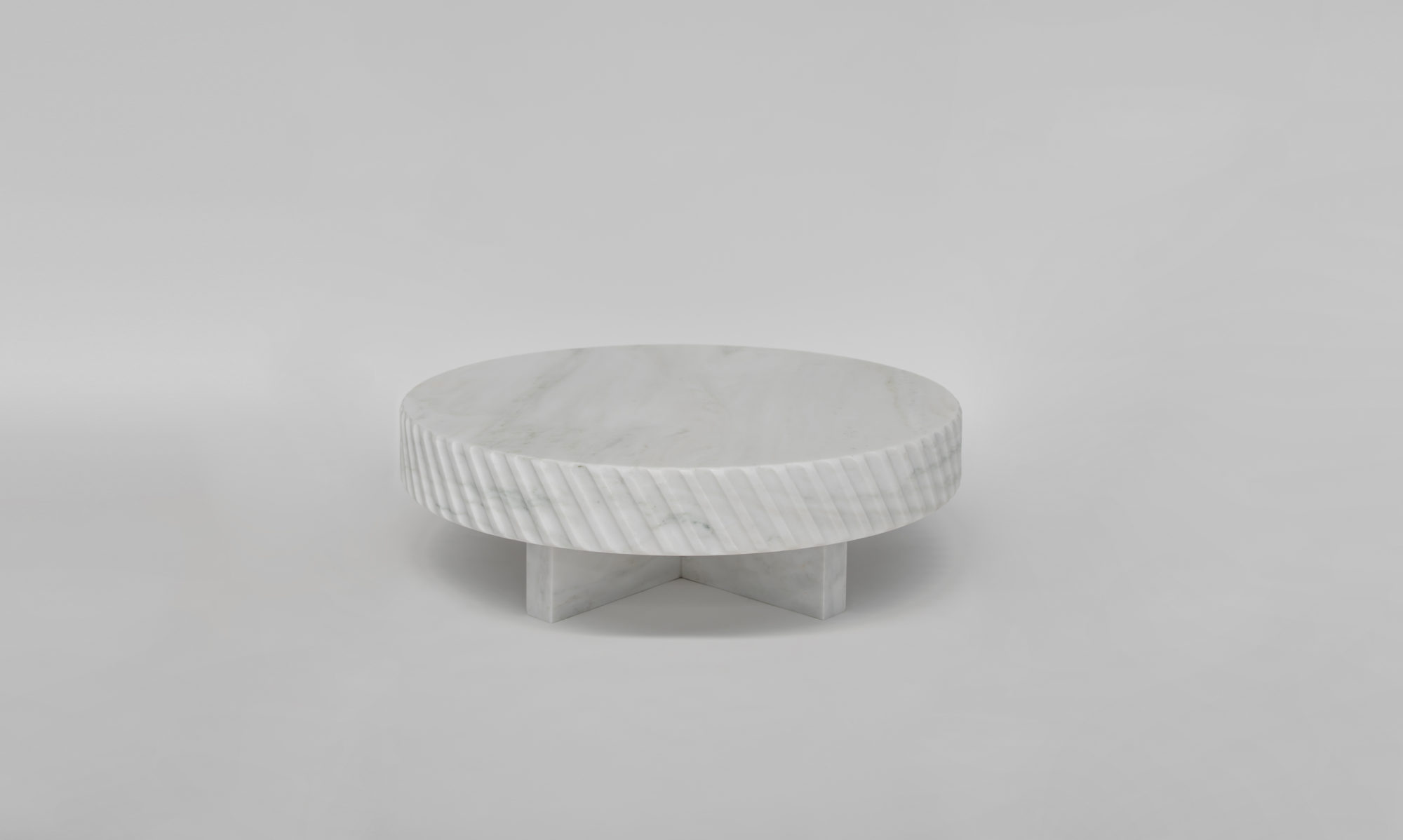 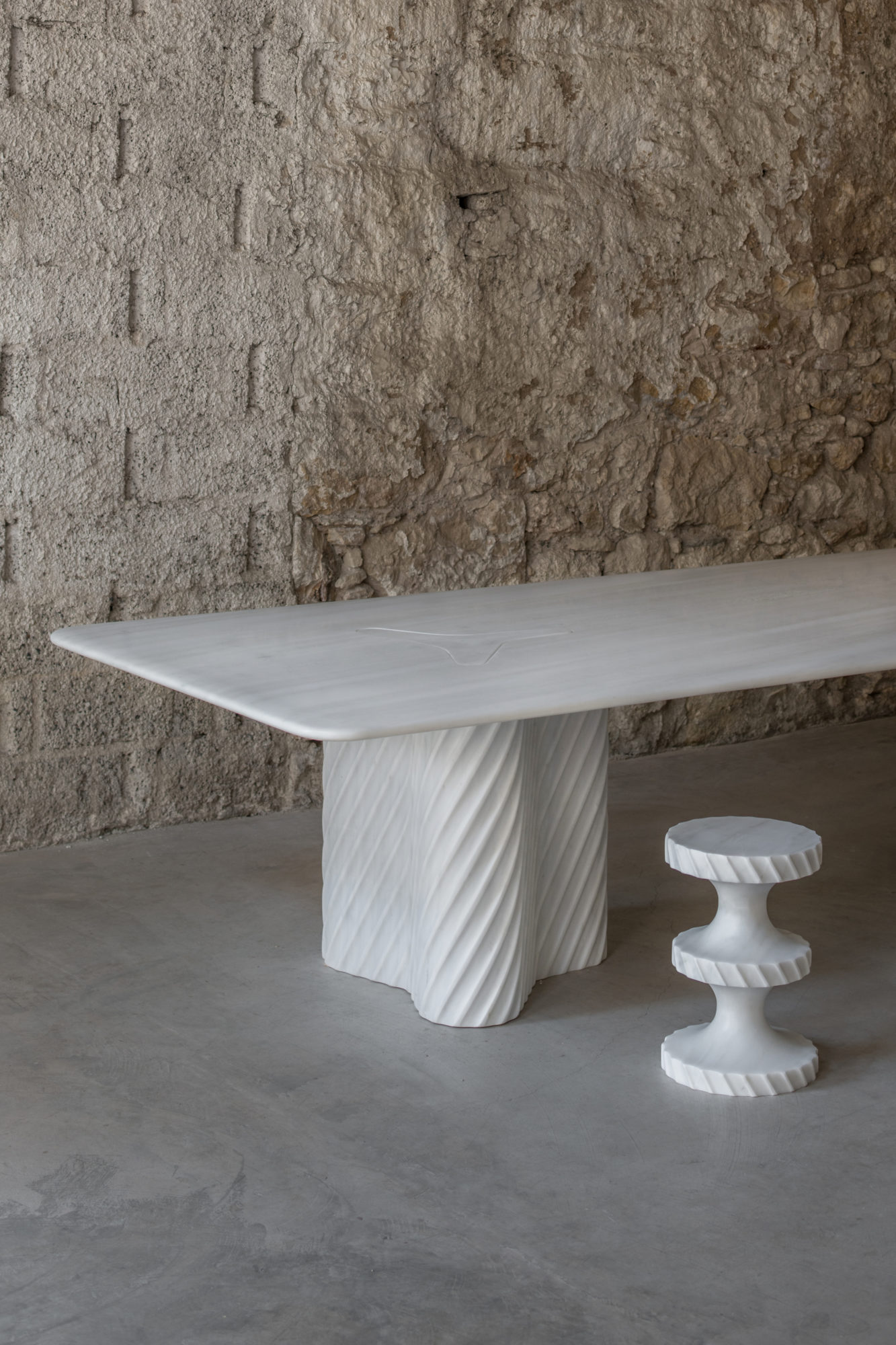 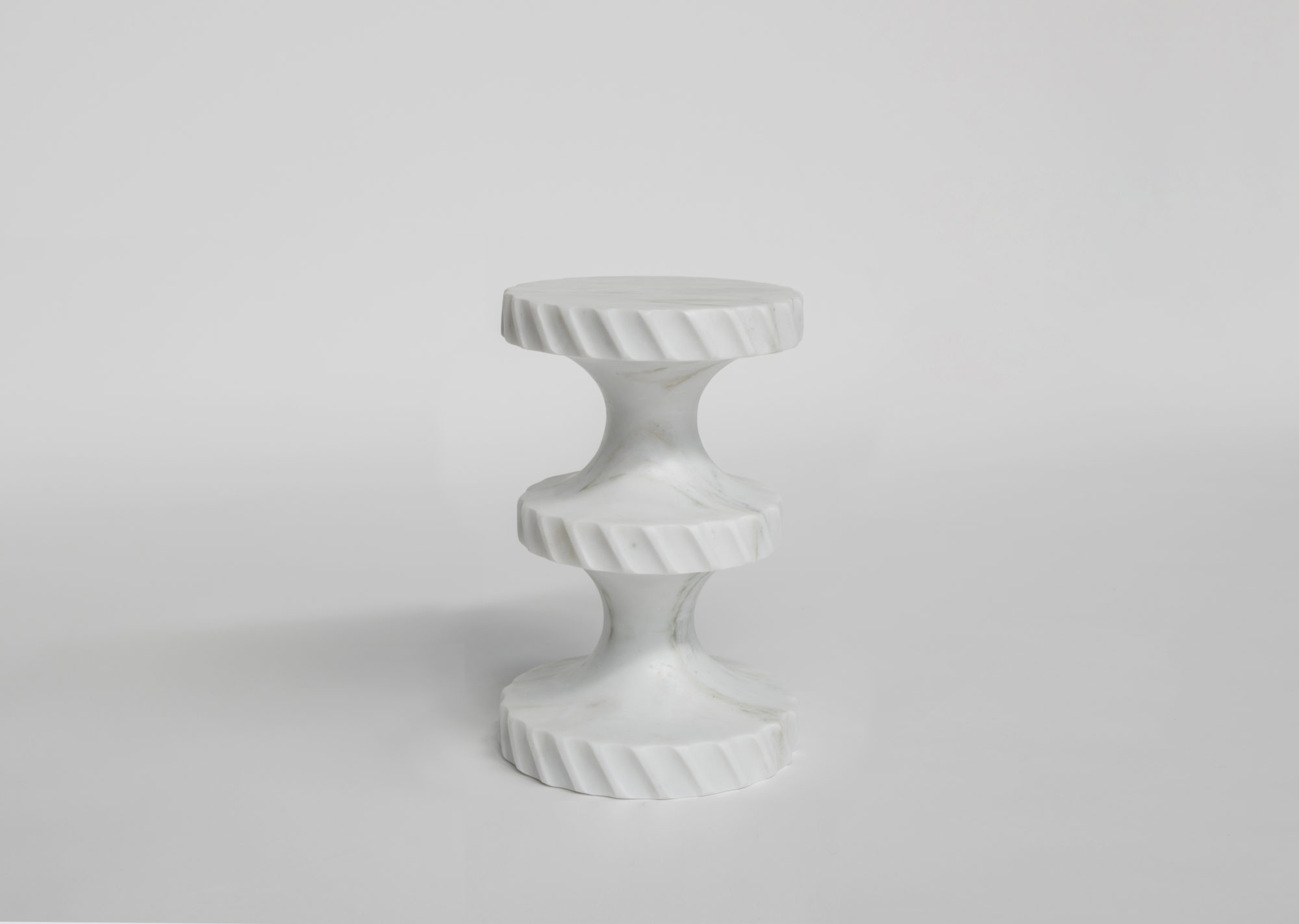