Created for Jean-Francois Piège, the Thoumieux was conceived like a private dining room, as a sort of portrait of the starred Chef. It’s a hedonistic and joyful place in which the atmosphere is reminiscent of Chabrol’s or Sautet’s films. India Mahdavi and M/M (Paris) have collaborated to instil the warm atmosphere of a country house in the city. ‘I was seeking a balance in between colours, warm and cold materials, masculine and feminine. Styles mingle, collecting in the forties, fifties or seventies, the sense of an eternal Paris.’ 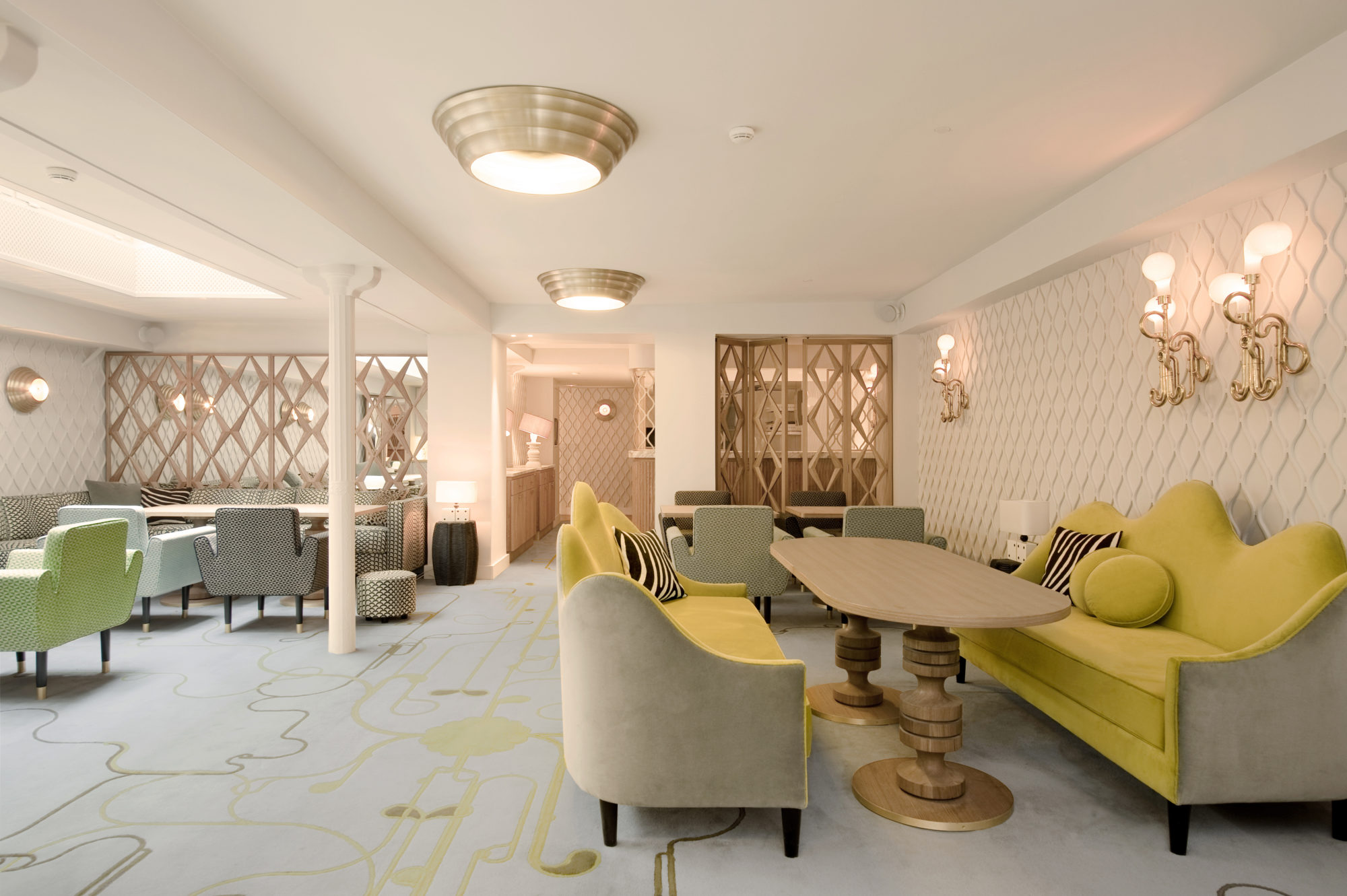 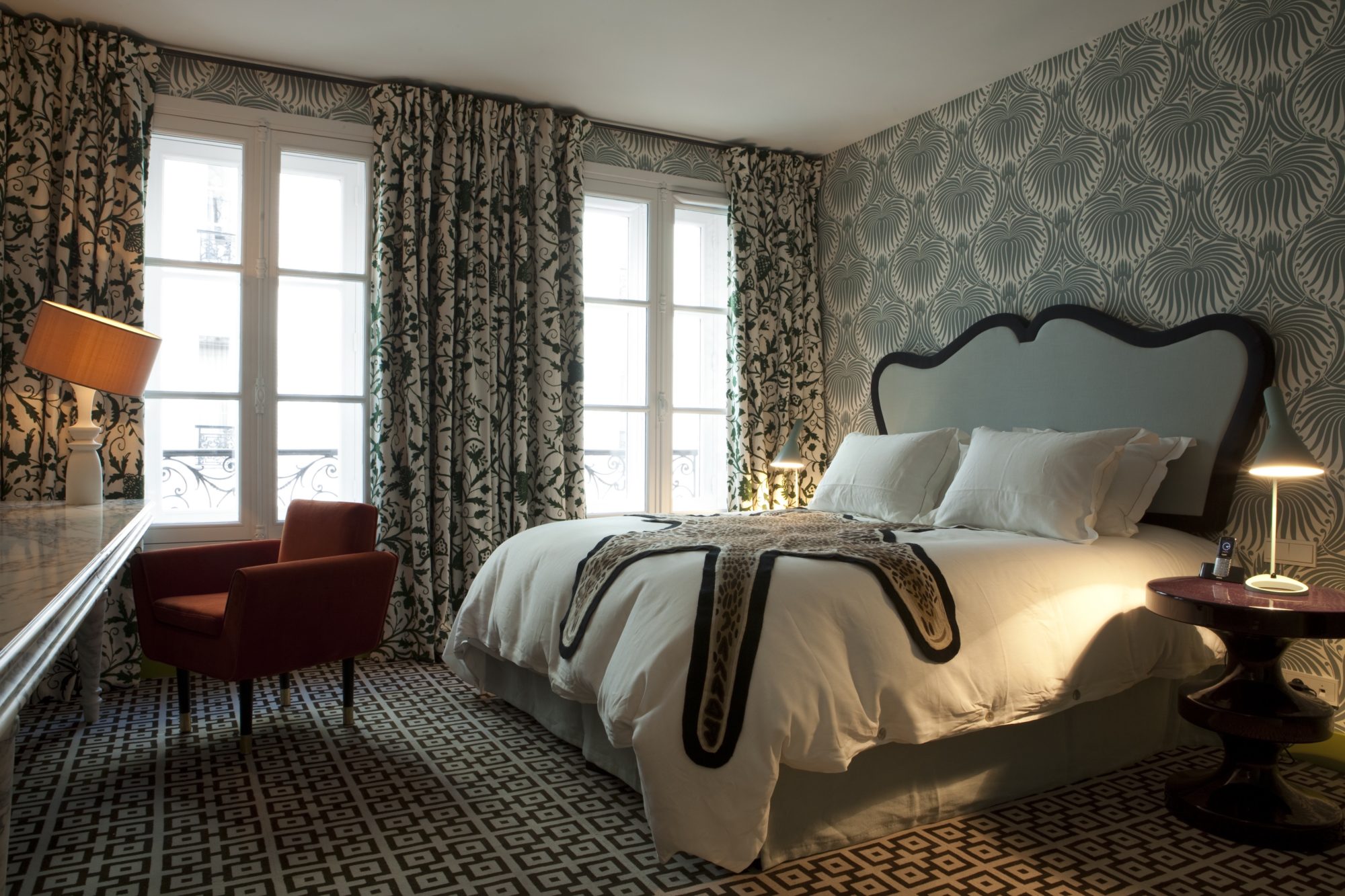 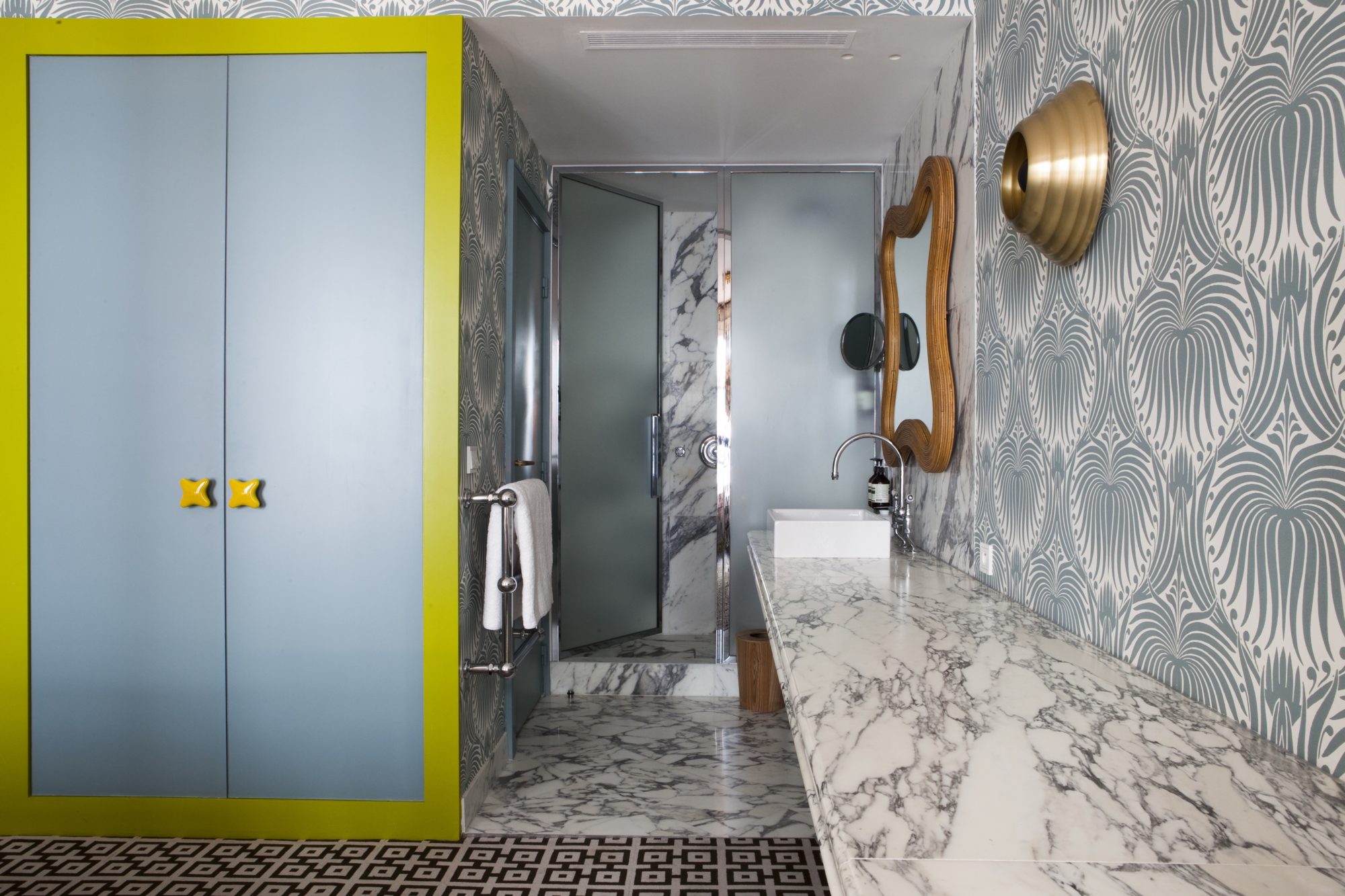 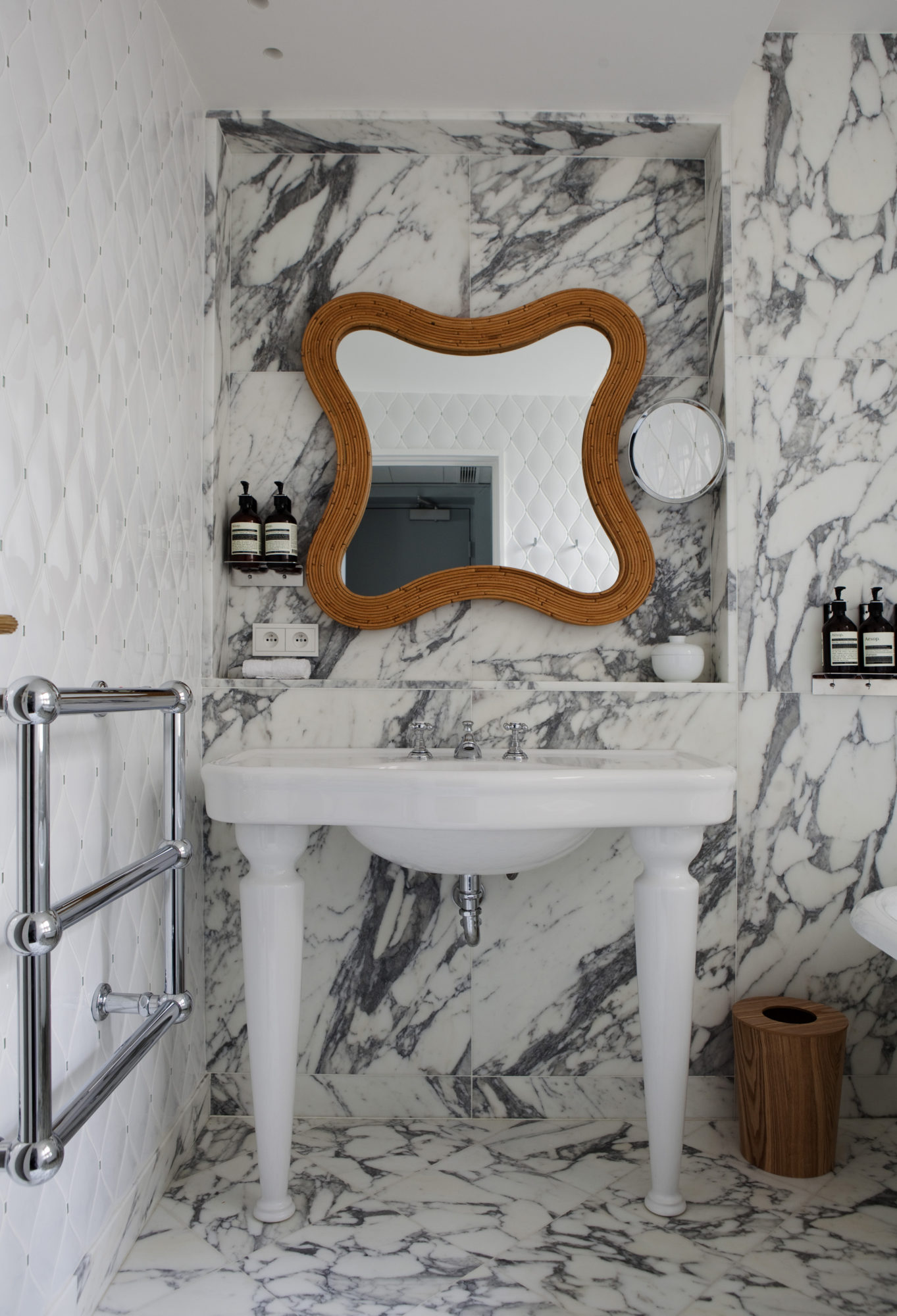