Since the early 2000s, India Mahdavi has worked with Mounir Neamatalla in the Egyptian oasis of Siwa. First of all for the eco-lodge of Adrère Amellal, for which she creates new spaces and participates in the development of new finishes and materials. In particular, she designed a series of salt objects, including the famous photophores, which became the basis of a local craft industry that is now widespread. In a second phase, she designed the house of the London gallery owner Michael Hue-Williams, modernising this vernacular architecture by reusing ancestral materials such as kershef (a block of salt and earth), all the materials coming from the palm tree, from wood to rope, passing through palm fronds, sandstone... The house is located on the outskirts of the Tamazid palm grove in the shadow of the White Mountain Adrère Amellal to the west of the border, and features works by Richard Long and James Turell in the middle of the desert. 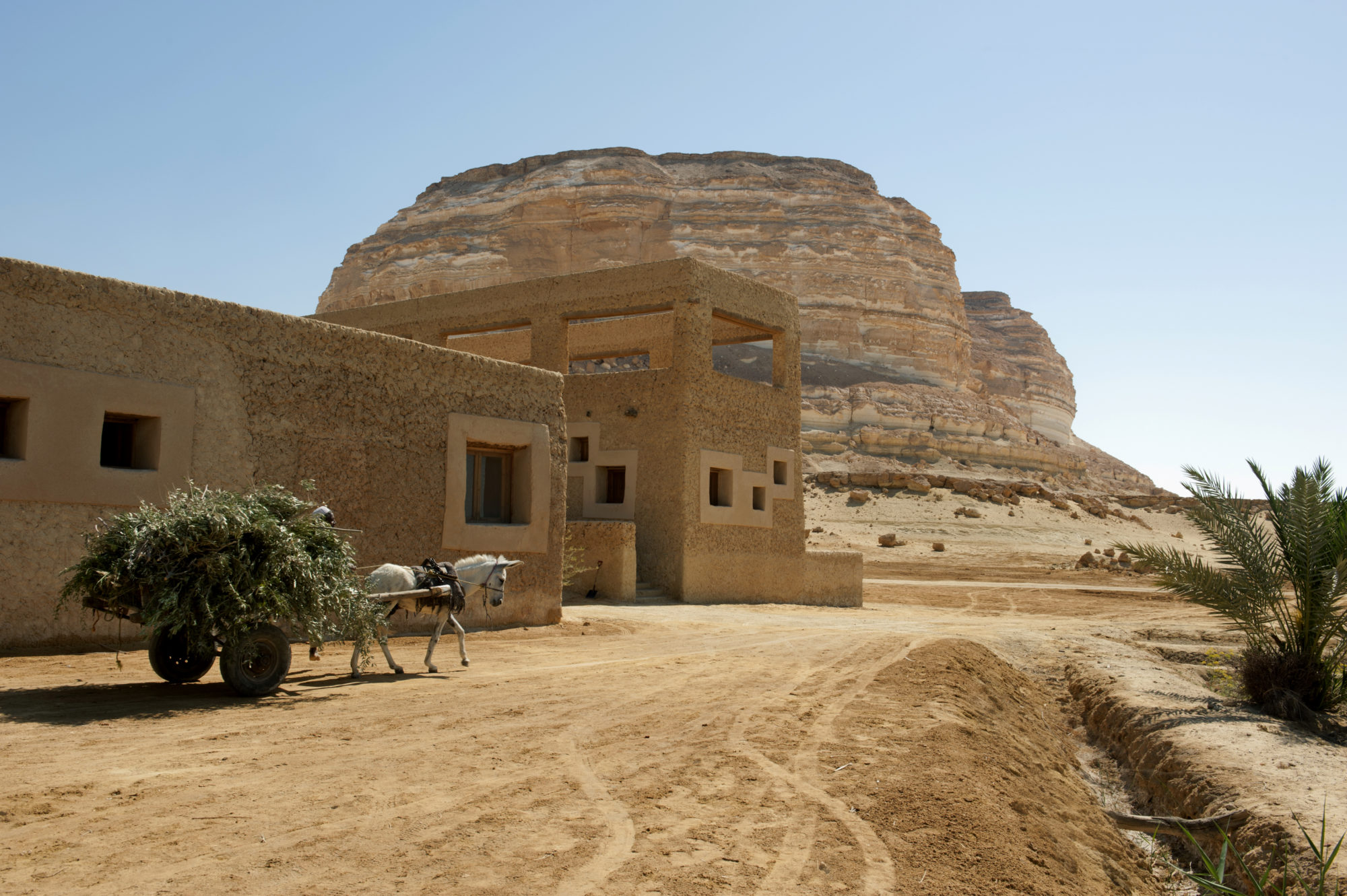 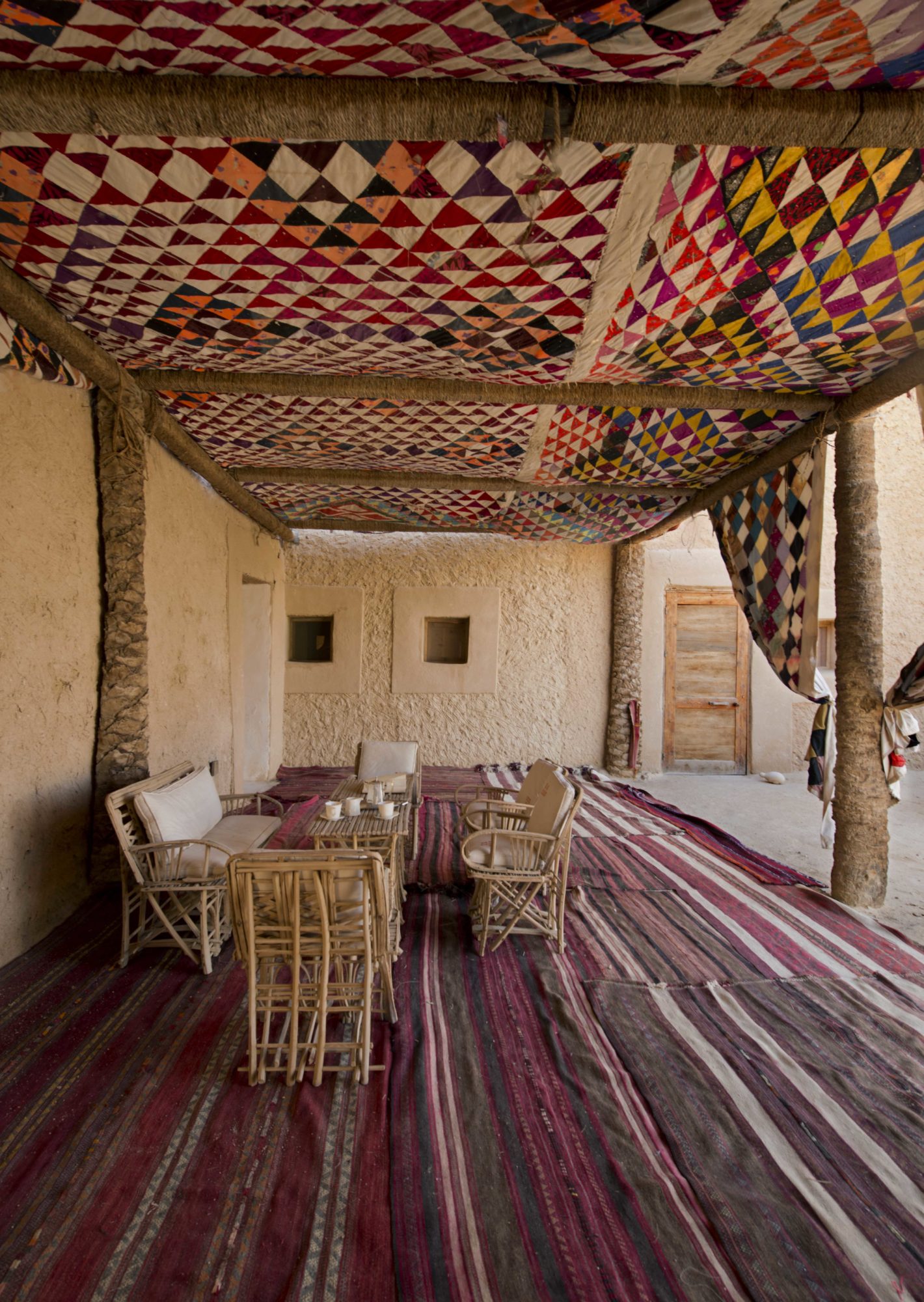 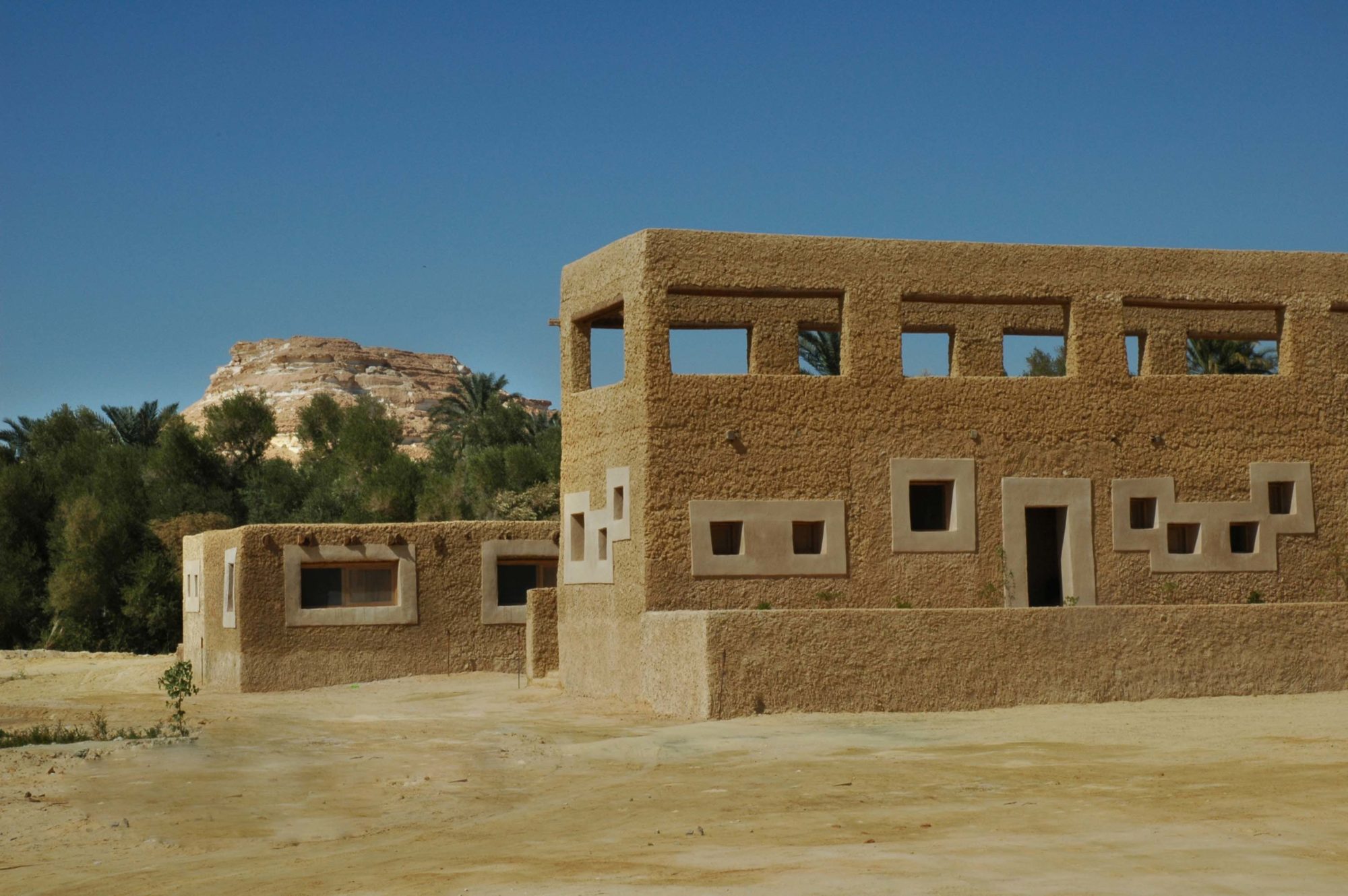 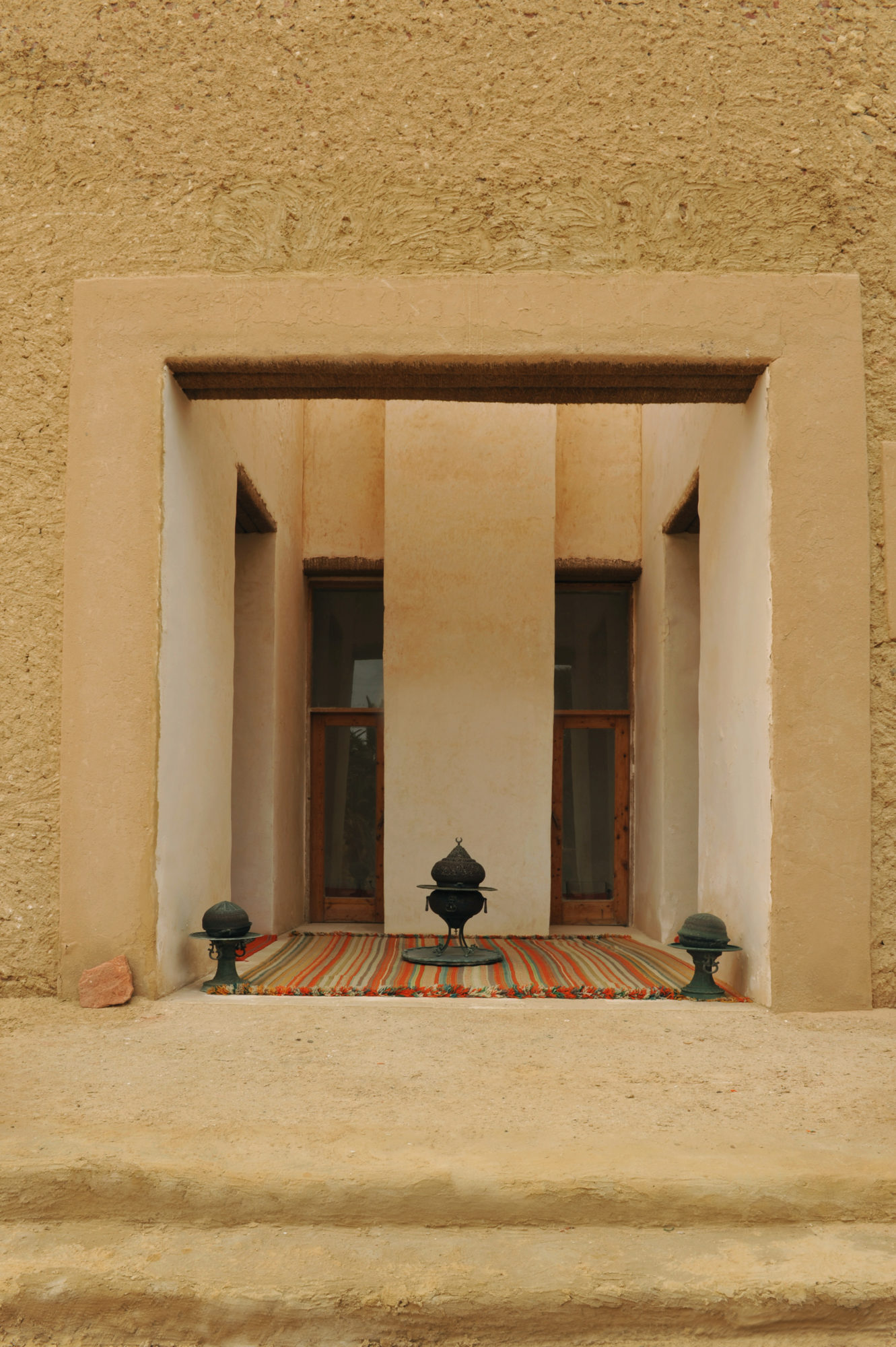 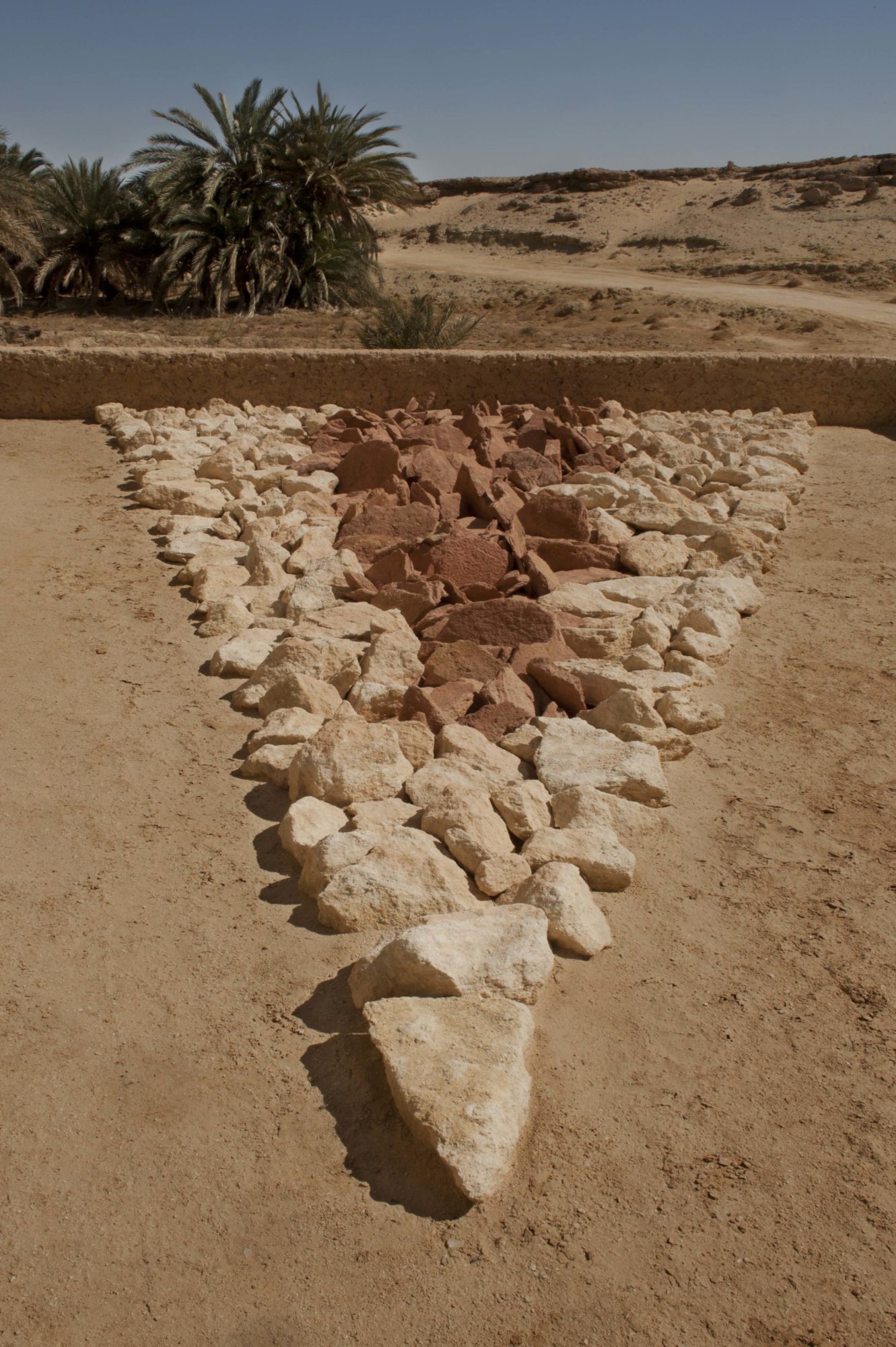 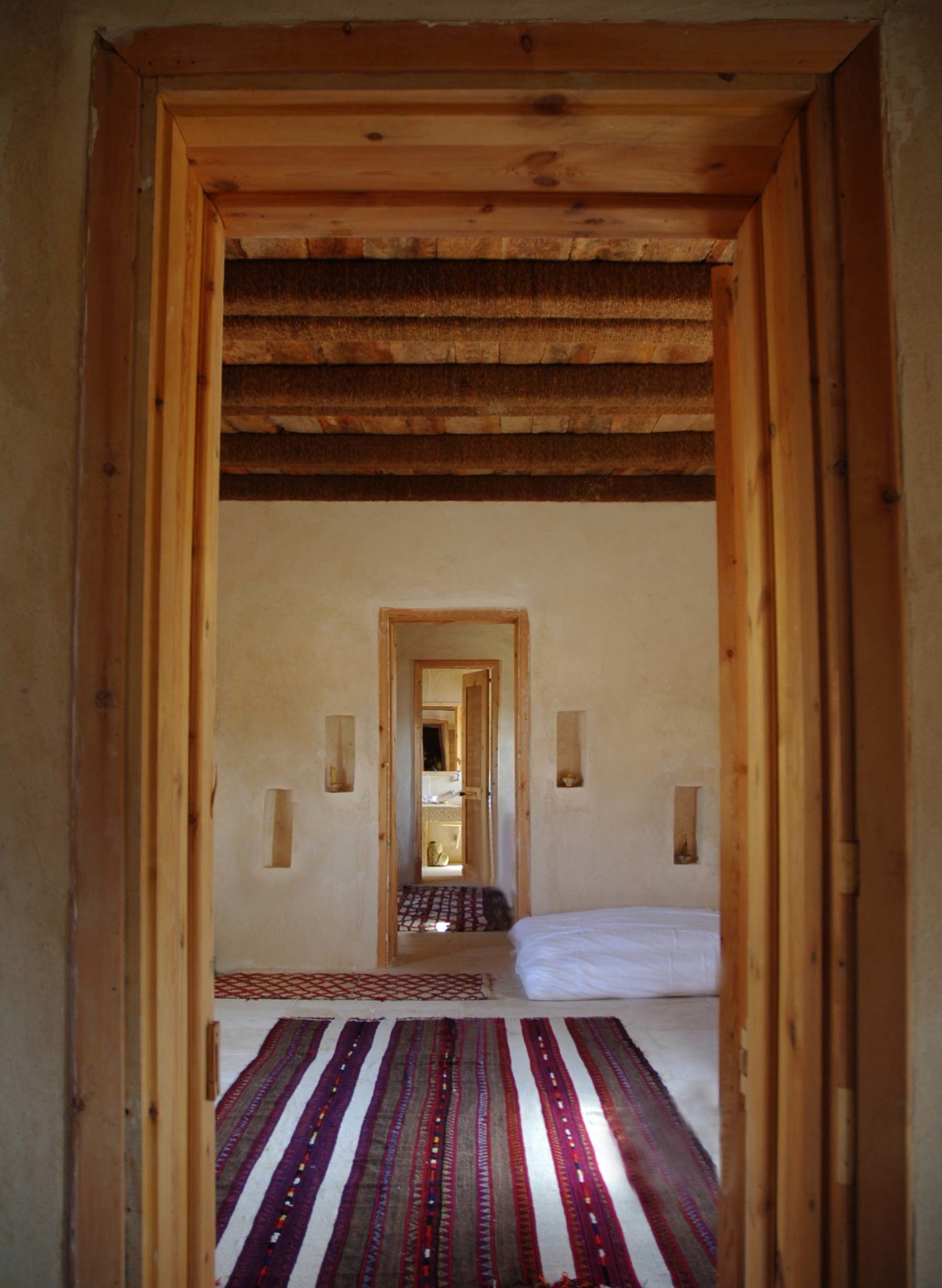 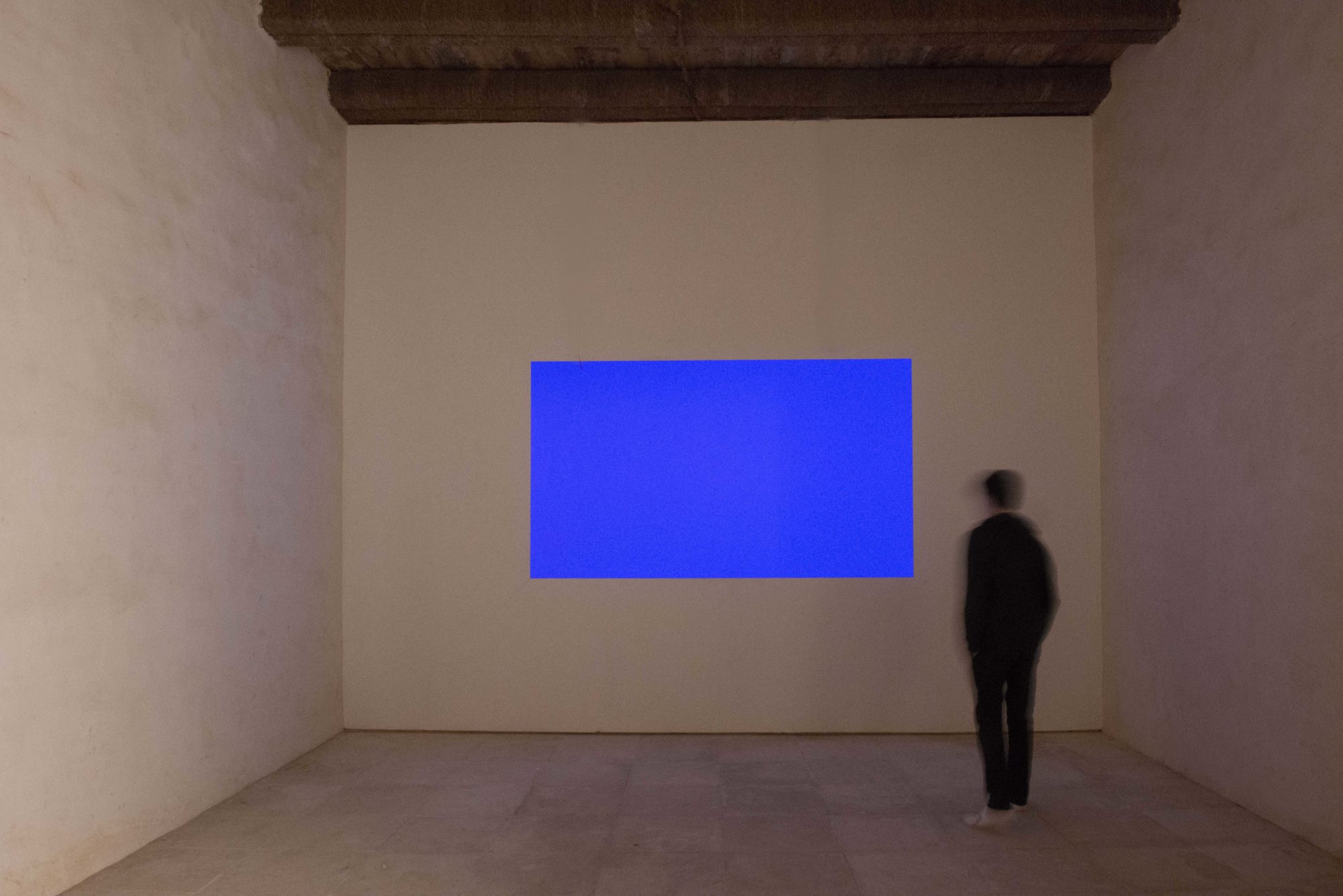 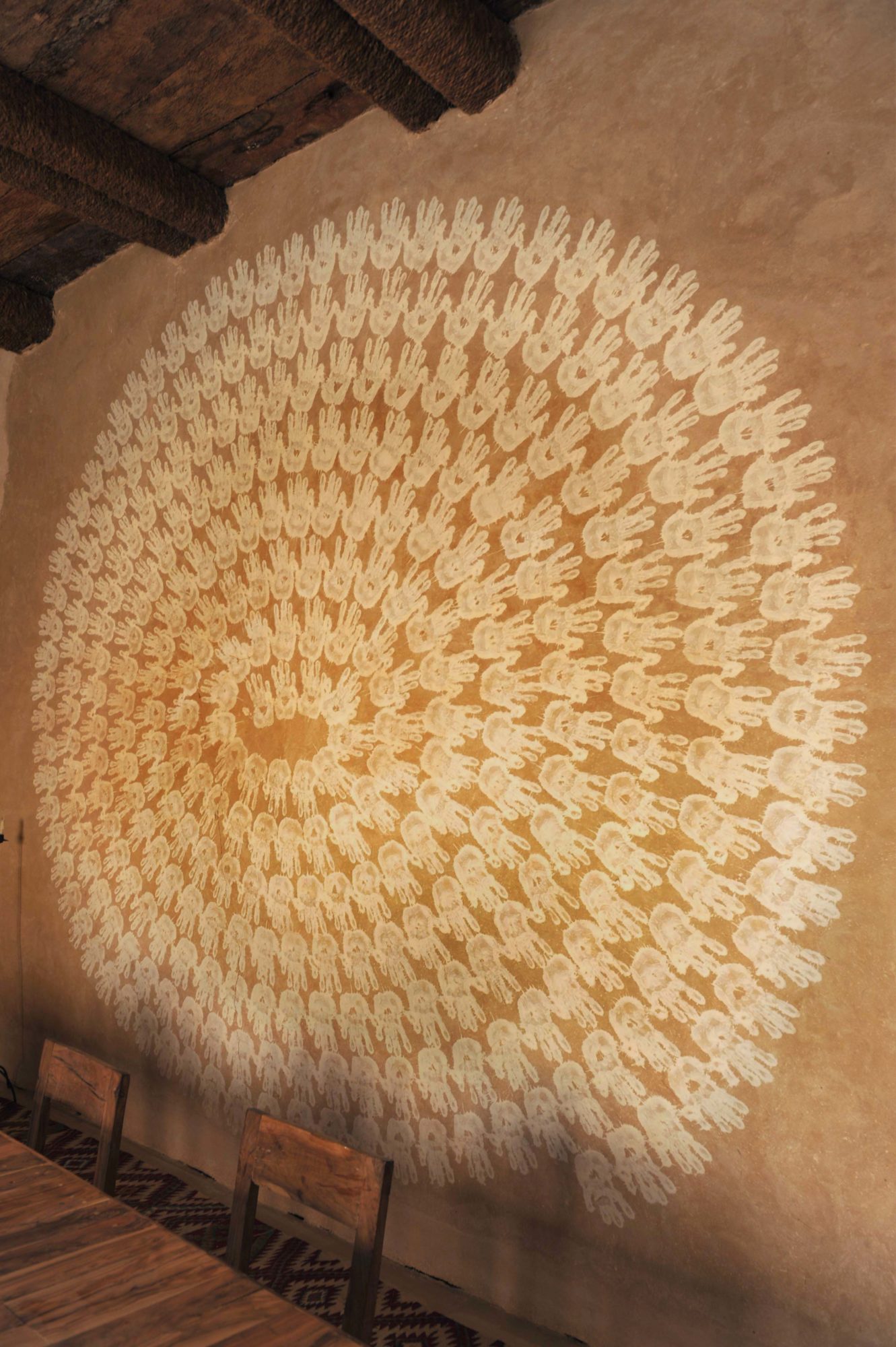 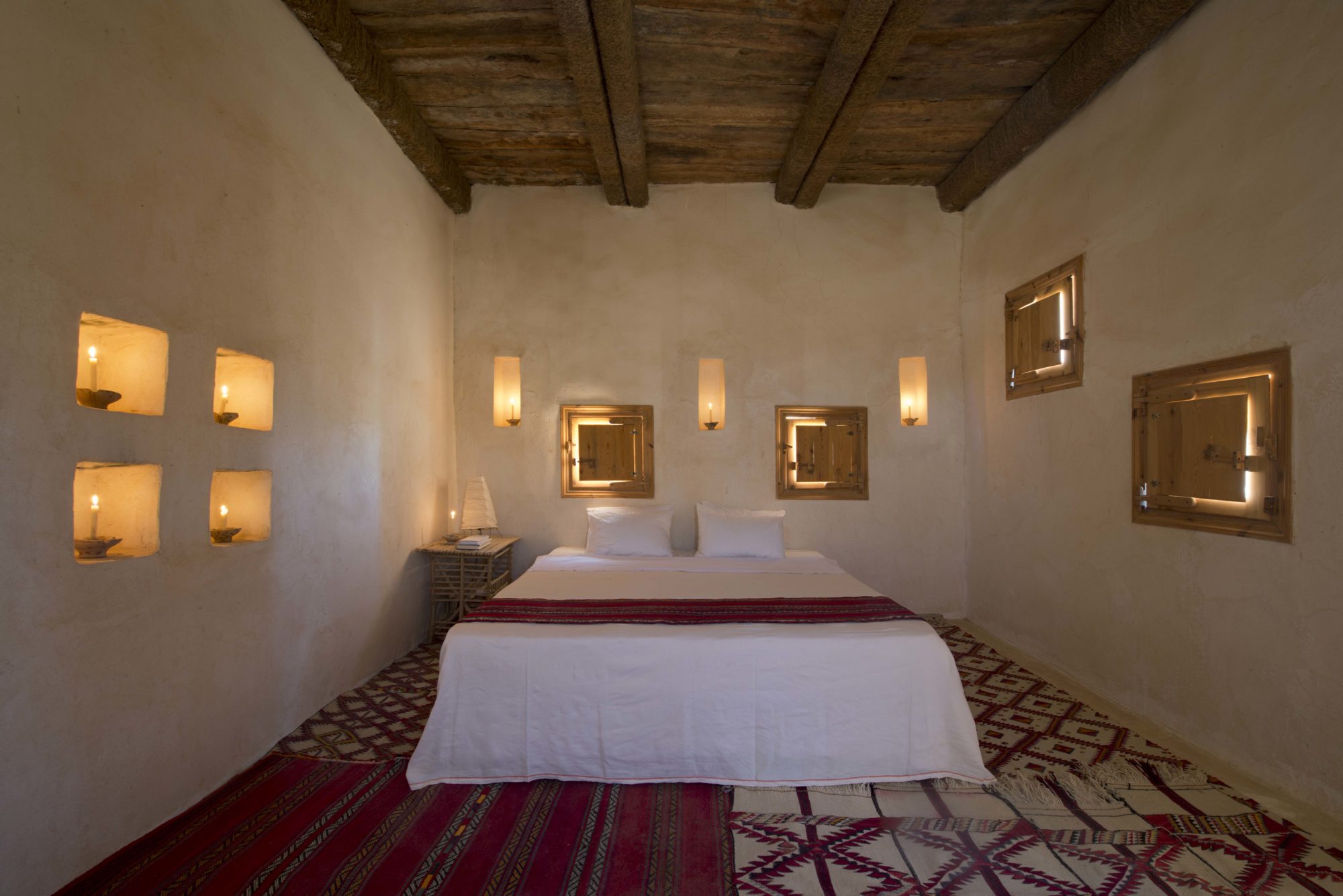 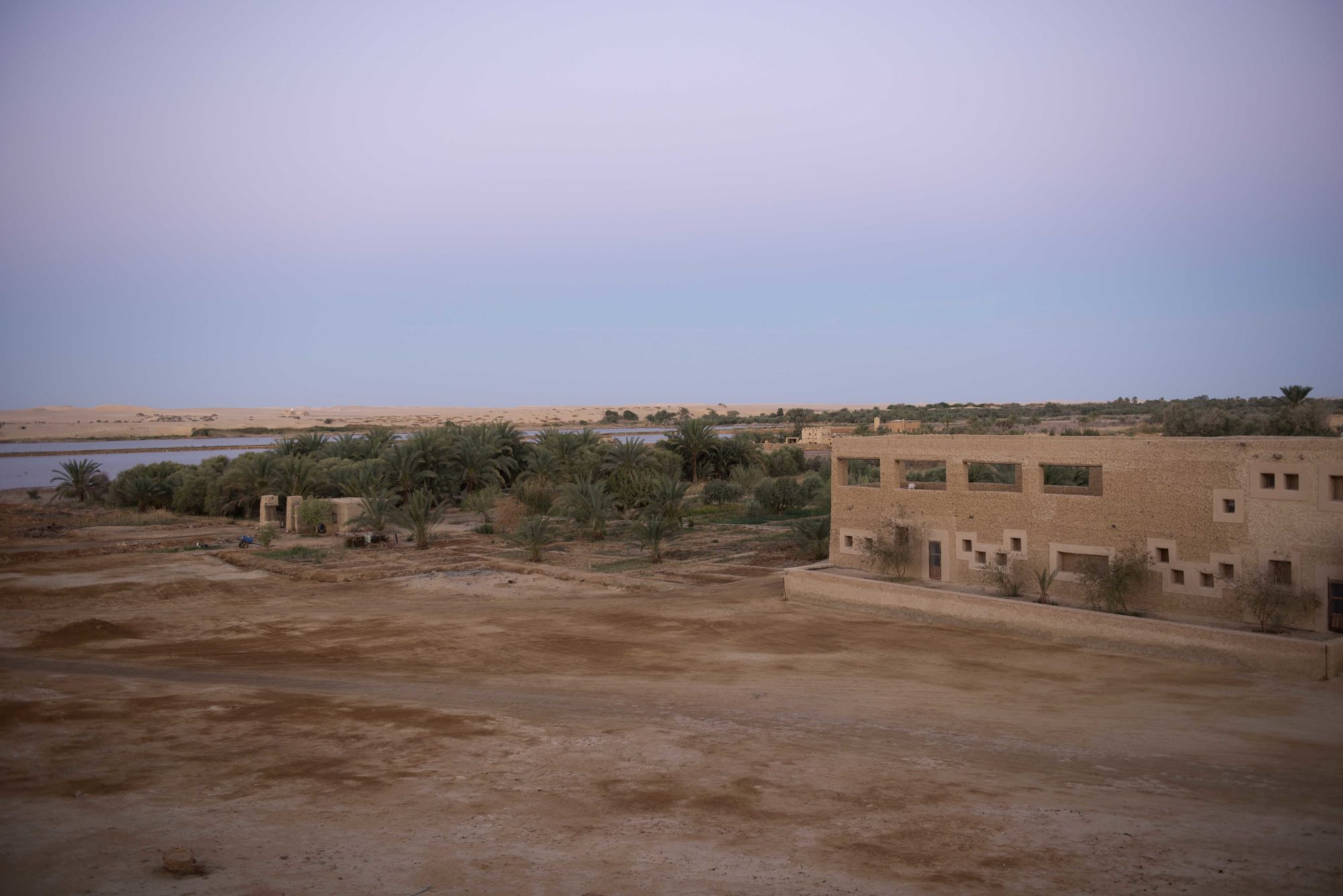 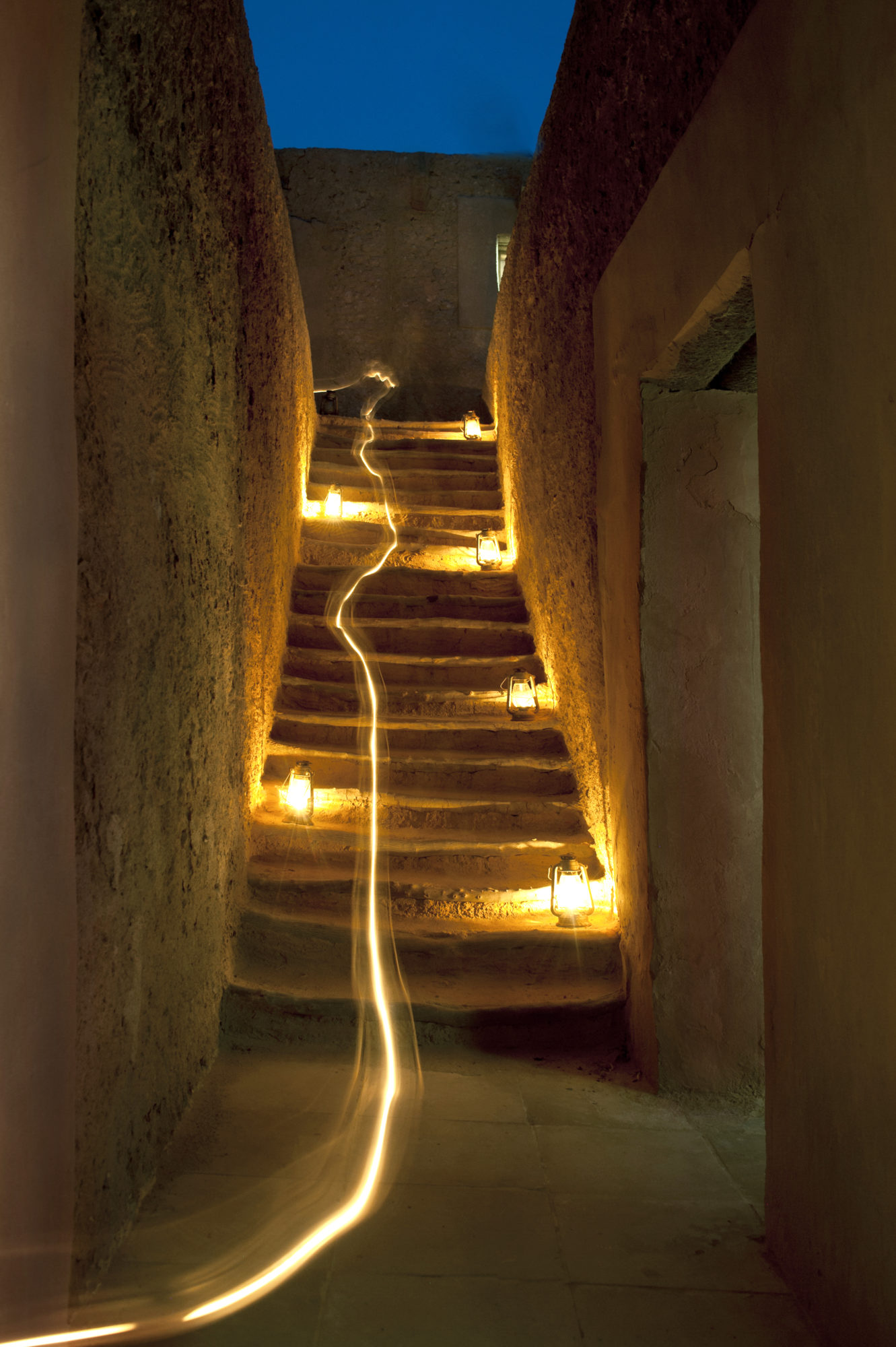