In collaboration with Thierry Costes, India Mahdavi reveals her first public project in Paris. The Germain opened its doors to the public in May of 2009 – it revives the Parisian bistro creatively and recreationally with a pixelated floor, composed of black and white cement tiles, and a graphically illuminated ceiling. Anis green and orange tones float around Sophie, a 5-meter yellow metal statue by Xavier Veilhan. ‘I wanted this place to have a history and a tradition but also to be able to free itself from it. I deconstructed the space by experimenting with scale, proportions and patterns.’ affirms India Mahdavi. 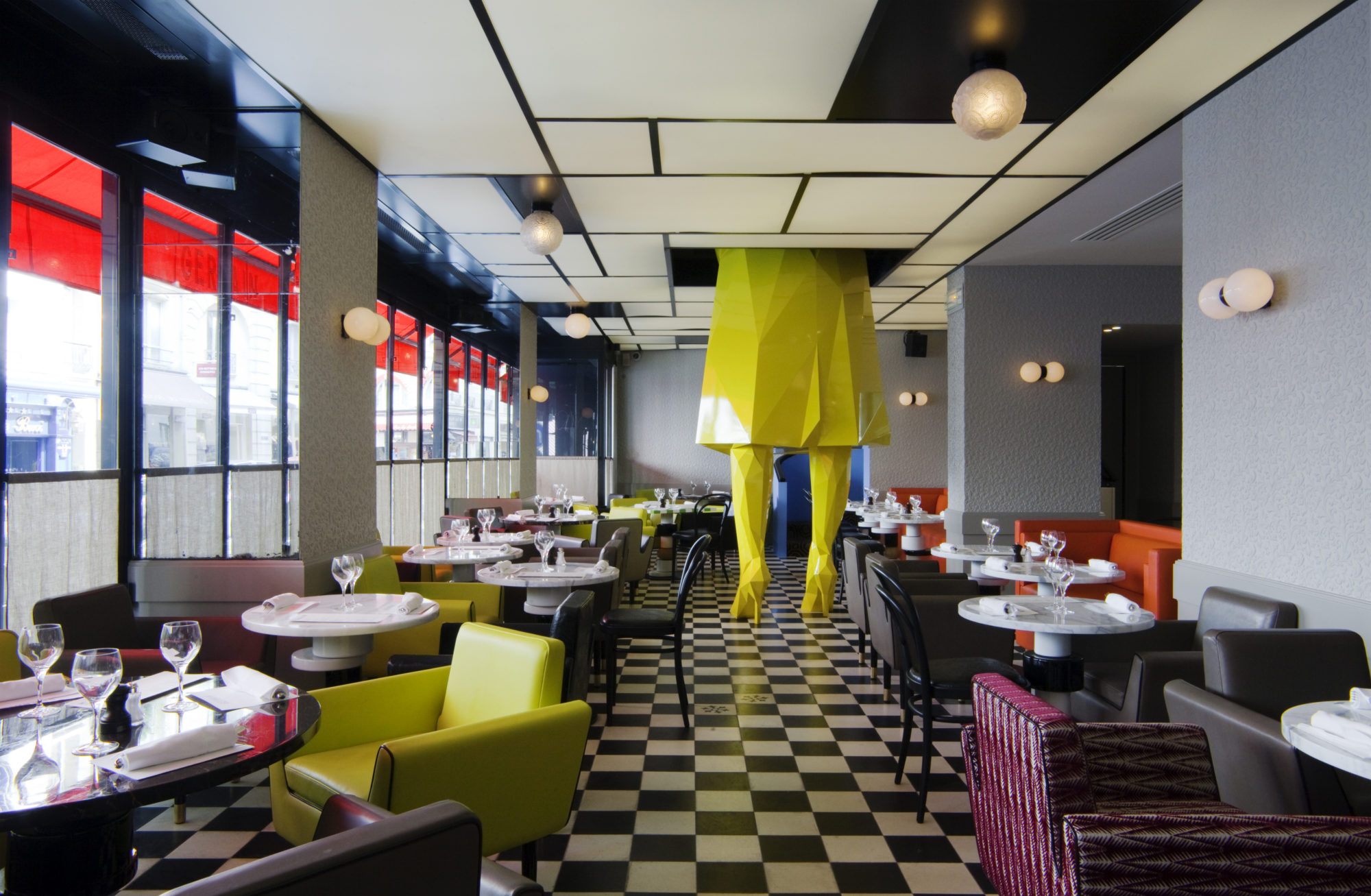 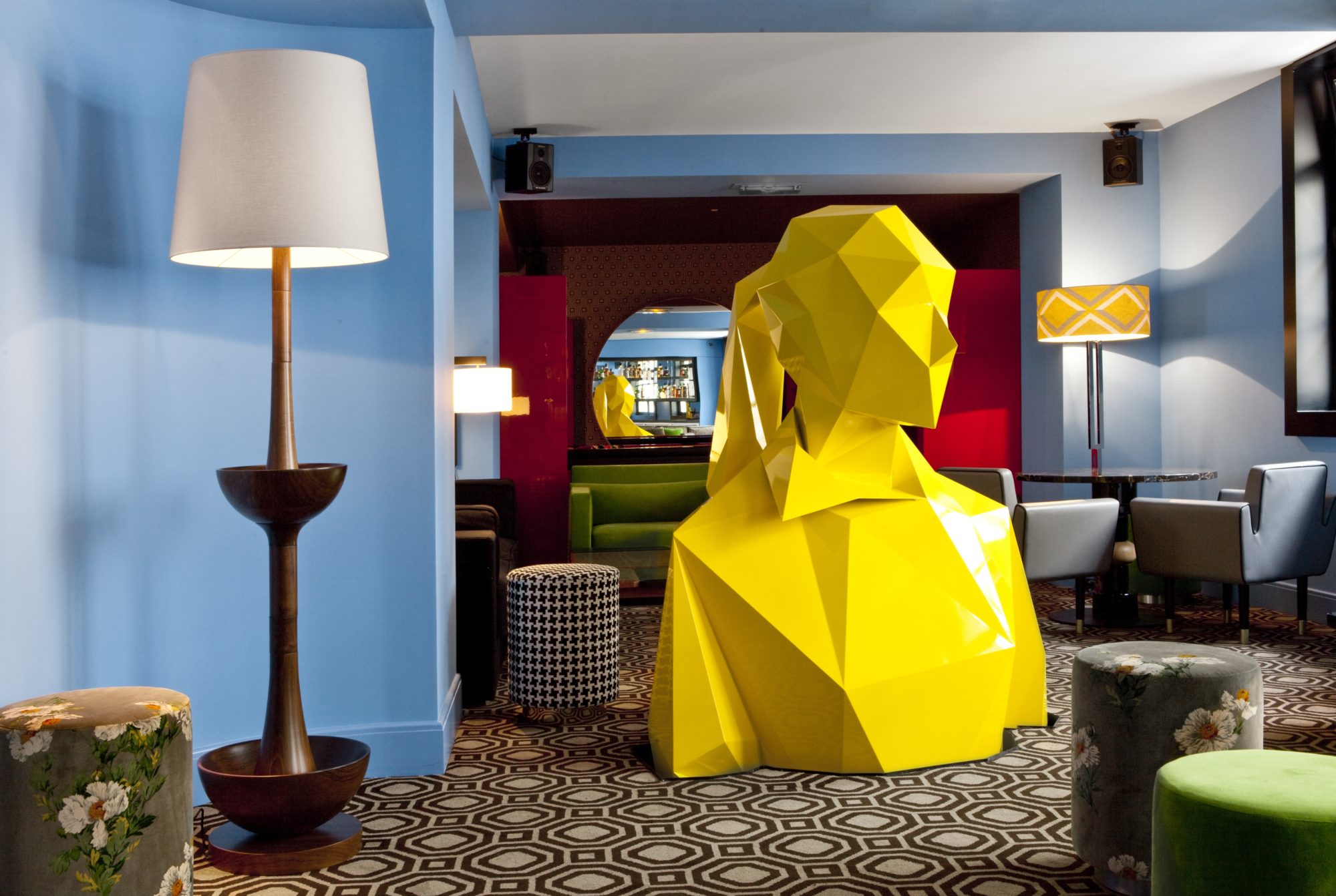 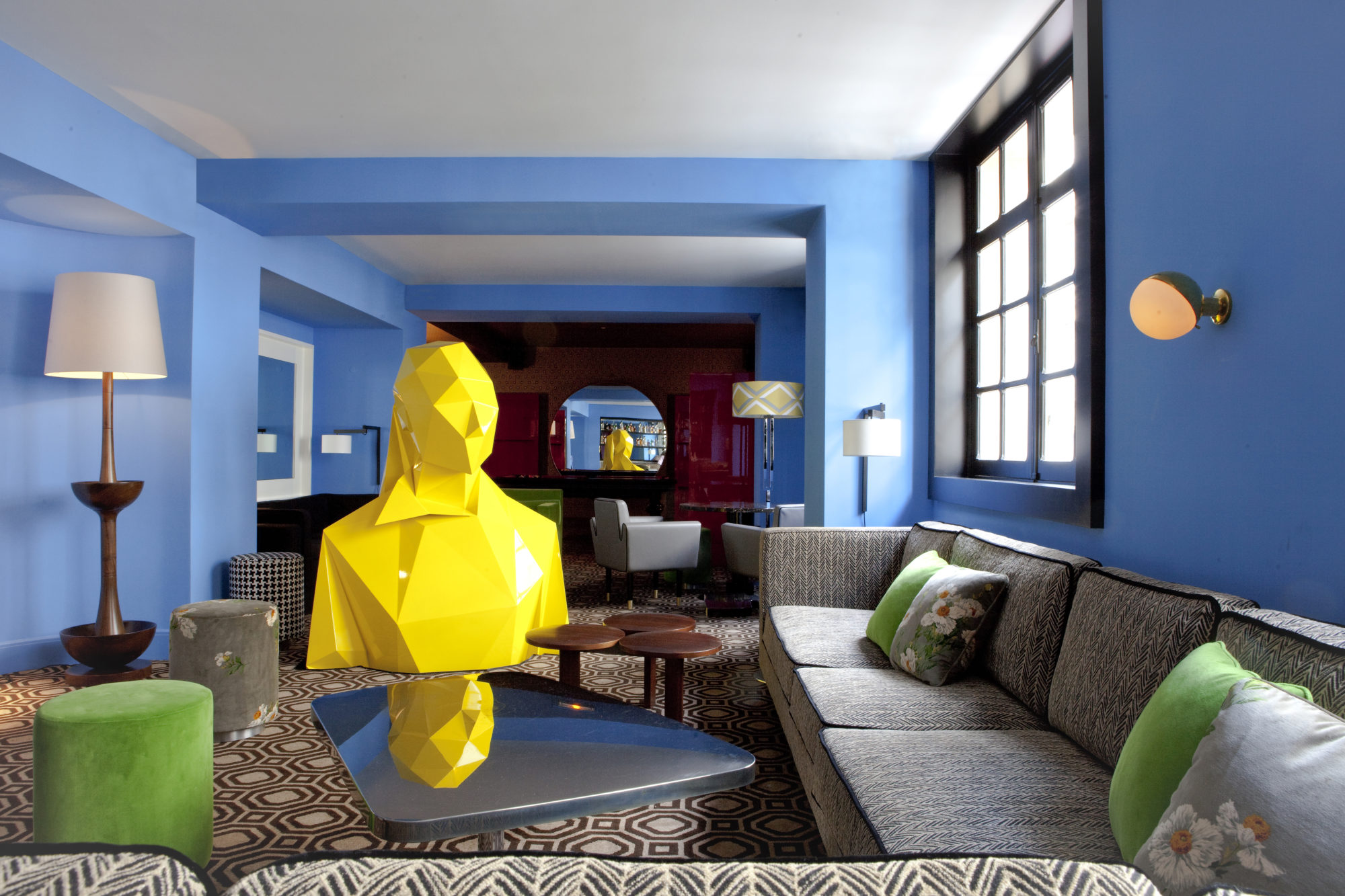 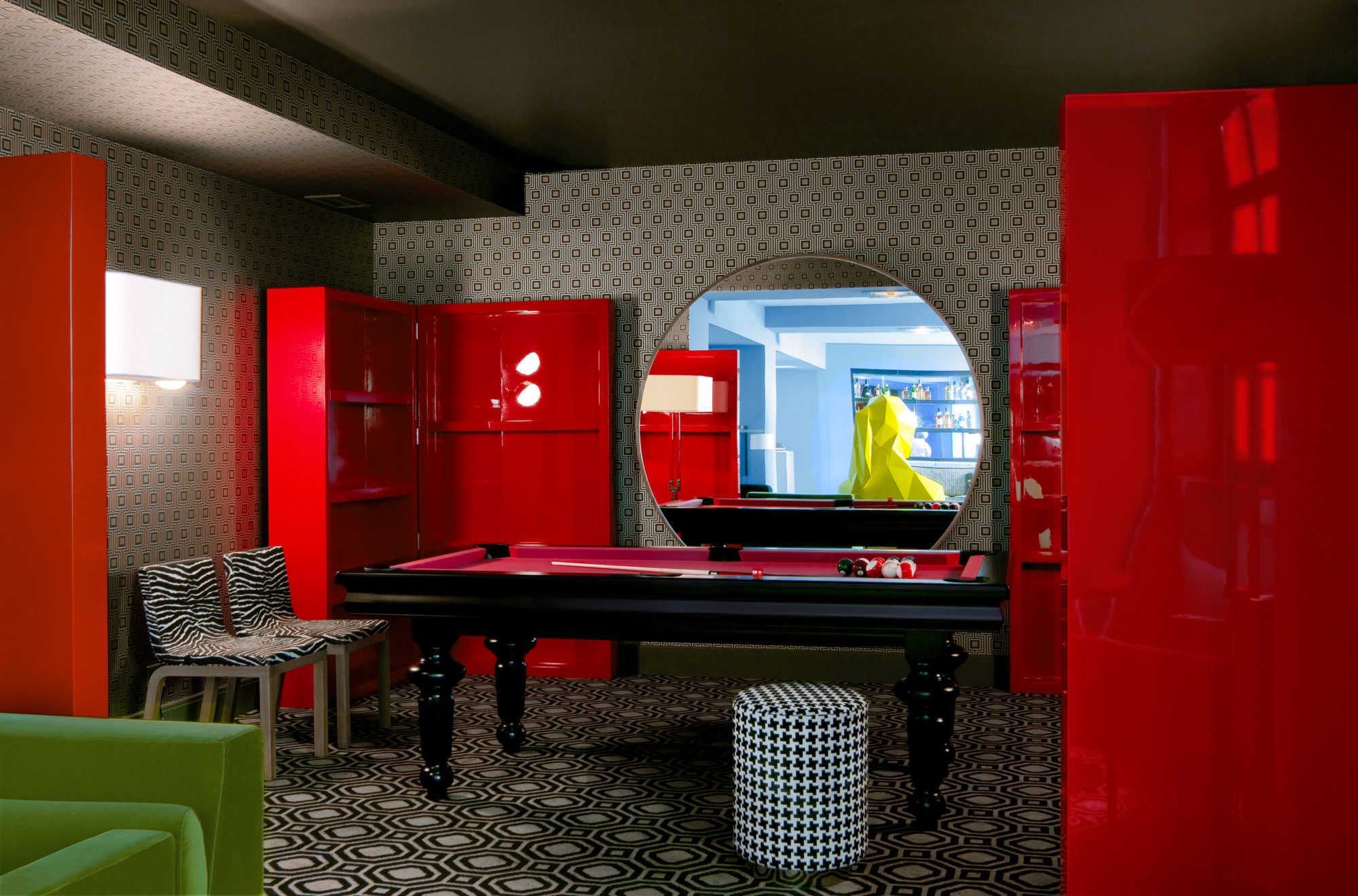